Udanta Wins It For Idol And Captain Chhetri

Udanta Wins It For Idol And Captain Chhetri

Bengaluru, 26 November 2018: Udanta Singh paid a perfect tribute to his idol Sunil Chhetri on the occasion of his captain’s 150th game for the club, as the young Manipuri lad scripted Bengaluru FC’s solitary goal win over Delhi Dynamos here at the Sree Kanteerava Stadium, today.

After surviving an onslaught from Delhi Dynamos, Udanta Singh notched the winner (87’) minute to win it for captain Chhetri.

Playing their seventh game of the season, Bengaluru FC are now on the top of the Hero Indian Super League (ISL) table with 19 points, while it seems all but over for Delhi Dynamos as they remain rooted at the bottom after 9 games, yet to registered a clear win to their account. 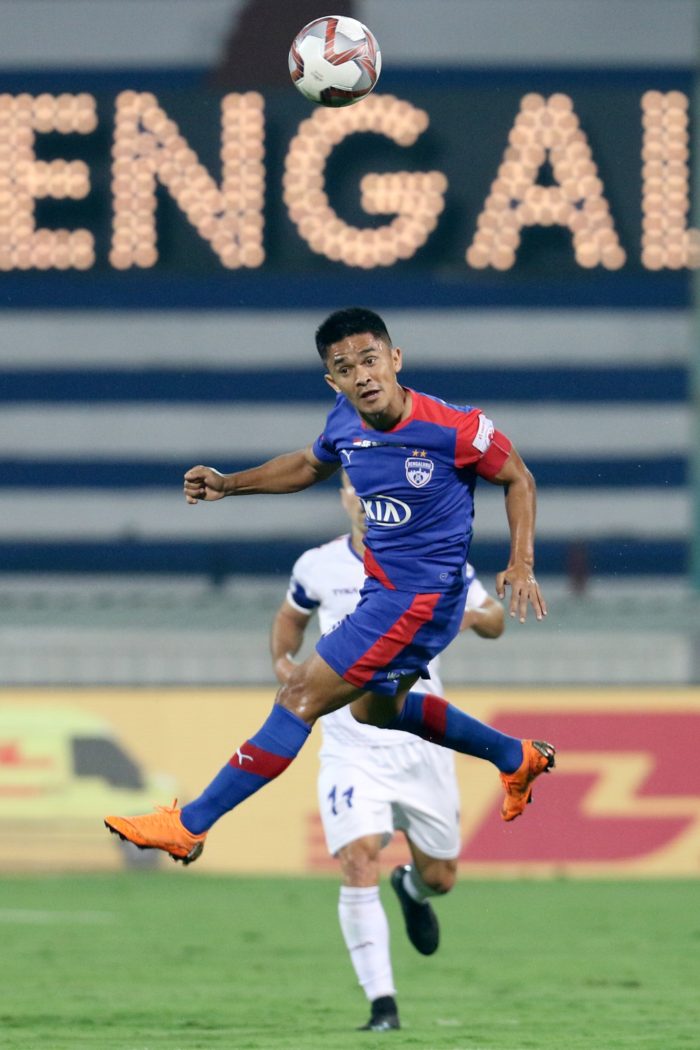 Bengaluru FC started with four foreigners in the absence of the injured Miku and suspended Dimas Delgado. Erik Paartalu recovered in time to be named on the bench.

The first opportunity fell for the home team when Sunil Chhetri latched onto a long ball however, Pritam Kotal recovered well to cover him off with the advancing Albino Gomes clearing the ball.

Gurpreet Sandhu was called into action in the 15th minute when he parried a shot from Adria Carmona after Lallianzuala Chhangte foxed Rino Anto to set up the chance.

In the 27th minute, Nandhakumar went on a great run down the right after some good build-up play. However, the final pass to Andrija Kaluđerović saw the striker slam the shot wide.

Just after the half-hour mark, Chhangte broke the offside trap and was in a one-on-one situation. However, Gurpreet came off his line and blocked the effort.

Rino Anto once again played Delhi onside and this time the ball fell for Nandhakumar whose shot was deflected for a corner by Juanan.

Nandhakumar was once again through on goal and his left-footed shot was just about kept out by Gurpreet.

After Delhi had the better of the chances in the first half, Bengaluru fashioned the first chance of the second. Udanta was set free on the right wing and the winger squared the ball for Chhetri inside the box. But the 34-year-old scuffed his attempted shot wide.

Delhi strove hard to get an equaliser however lack of cutting edge in the attacking third meant their moves broke down. Bengaluru brought on Erik Paartalu as they searched for some solidity in midfield.

The Blues had a great chance to score in the 70th minute when Udanta took advantage of a confusion in the Delhi defence to play Xisco Hernandez through on goal with a good lob. But the Spaniard’s first-time shot was straight at Albino.

Three minutes later, Delhi’s finishing woes were on show as Kaluderovic headed over from close range after getting on the end of a corner from Rene Mihelic.

With four minutes of regulation time left, Bengaluru found themselves in the lead after a mix-up in the Delhi defence. A loose ball after a Bengaluru move broke down wasn’t cleared properly. It finally fell to Udanta Singh who saw a stinging grounder go in off the post after taking a deflection off Marti Crespi. 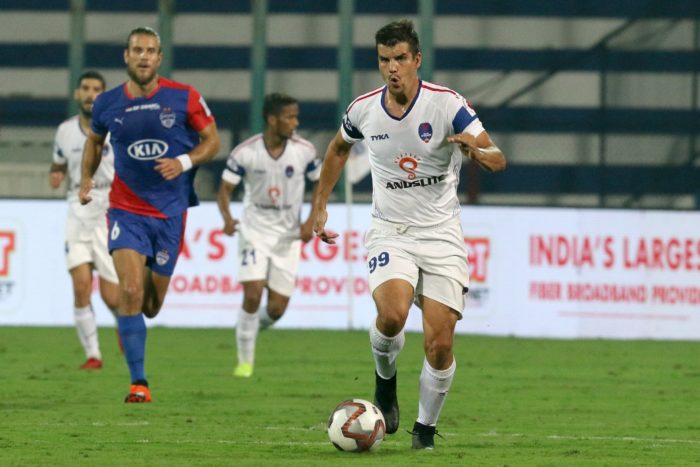 The Blues would see out the game with ease and notch their sixth win in seven games.

Kapil Dev To Lead India Against South Africa- In A Test Of A Different Kind!