by Gaurav Kadam
in Football
0

India U23s wrapped up their exposure trip Down Under in some style, registering an emphatic 4-0 victory over Rydalmere Lions FC, at the Valentine Sports Park in Sydney. 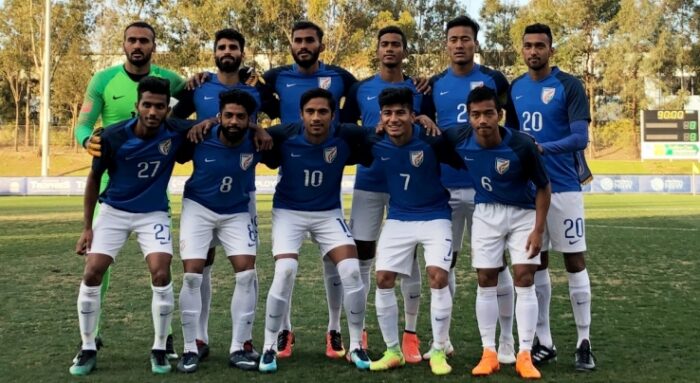 Farukh did not take more than six minutes to find the back of the net when he converted a long cross from Sajid Dhot from the heart of the defense.

Four minutes later, Farukh created an opportunity for Ashique but the Lions defense intercepted to thwart the danger. Having enjoyed the lion’s share of possession, India came very close to doubling the lead quite a few times but the Rydalmere defense was up to the task each time.

Farukh delivered once again when he chased down a long ball from Chhangte to fire it from close range, leaving the hosts two down.

In the second half, the Indian coach opted to assess some fresh pair of legs and introduced Manvir, Nikhil, and Vignesh while withdrawing Sumeet, Chhangte, and Ashique respectively.

At the stroke of the hour-mark, Anirudh Thapa got a chance to get his name on the scoresheet as well, but his long free-kick sailed over the crossbar. It was the youngster’s last contribution to the game as Hitesh Sharma replaced him immediately.

Farukh then earned a spot-kick in the 73rd minute and Manvir made no mistake to place it calmly in the net, having outfoxed the goalkeeper completely. Then Vinit, who came on as another substitute two minutes later, got hold of the ball in mid-field and crossed it over the defender’s reach for the Punjab-born striker. He slammed his second to send the Indian dugout into delirium.

After registering the authoritative victory, the Indian contingent will now head to Bangladesh to compete in the SAFF Suzuki Cup 2018 where they face neighbors Sri Lanka in their opening fixture on September 5, 2018.