by Harshal Sahani
in Sports
0

As a very glorious decade of the year 2011-2020 will be passed in counting days, we have certainly witnessed some of the brilliance in the world of cricket starting with the new uprising of talented young players followed by many great matches with a lot of milestones and records earned. This decade has been the one to be noted in the history of world cricket.

Coming onto the prestigious awards named the ICC Awards of the Decade, here is the list of the biggest achievers-

Winner-Virat Kohli (India)
Without any doubt Virat Kohli had an amazing journey in his cricketing career this decade, starting from becoming a part of the 2nd time World Cup-winning team in 2011 followed by becoming the Captain of India for all the 3 formats, Kohli has achieved a lot. As of now, He stands on Number 2 just after Sachin Tendulkar with 43 ODI Centuries under his name. One of the unique achievements for him came in 2019 when he scored the highest number of runs in the decade already by scoring 20,000 plus runs to his name surpassing Ricky Ponting’s record of 18662 runs in the 2000s. So, certainly, there has to be no further doubt why he has been noted to be the best player in the decade.
Virat Kohli International Career-
Matches-251, ODIs- Runs-12040, 100s-43, 50s-60
Matches-87, Tests- Runs-7318, 100s-27, 50s-23
Matches-85, T20Is- Runs-2928, 50s-25

Winner- Steve Smith (Australia)
No doubt that this decade was full of ups and downs for Steve Smith, but he was very sure with his great batting ability that his form won’t struggle at all. One of his current milestones includes his average as he currently has an average of around 61.33 in tests ranking third in the Highest batting average list just behind Donald Bradman and Adam Voges. No doubt that in the upcoming decade there will be more milestones from his end. He has also been a very impressive performer for his team in the last 2 Ashes Series thereby playing a very huge part in securing and retaining the Ashes Earn for his team.
Steve Smith Test Career-
Matches-74
Runs- 7229
Average-62.31
100s-26
50s-29

Winner- Rashid Khan (Afghanistan)
An Unbelievable award for the 22-year-old Rashid Khan who hails from the small town of Nangarhar in Afghanistan. This decade has been a very impressive Decade for the Afghanistan Cricket team as they achieved the test status in 2017, followed by qualifying for the main World Cup Rounds in 2015 and 2019. Rashid who made his debut in late 2015 has shown his talent at some other level in the shorter format with his phenomenal spin bowling. Although there have been not that many matches for Rashid against the powerhouse teams of world cricket as far as T20Is are concerned, still he has been a global sensation in different cricket leagues around the world to prove his point. Surely the cherry on the cake for him in his T20 career was when he got the contract in the IPL to play with Sunrisers Hyderabad in the 2017 Indian Premier League. Plenty is to be showcased from this Young sensation in the future without any doubt.
Rashid Khan T20I Career-
Matches- 48
Wickets-89
Best figures-5 for 3
Economy-6.14 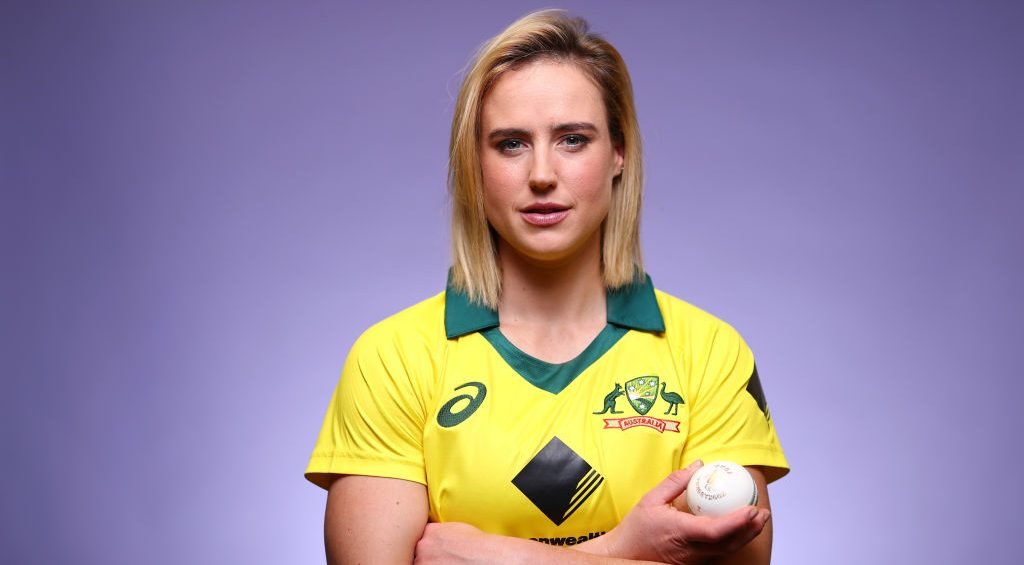 Winner- Ellyse Perry (Australia)
No Better All Rounder has been witnessed in the Women’s Cricket in this decade than Ellyse Perry. She has been part of 3 World T20 World Cup wins and one ODI World Cup for her team. Perry also is one of the 7 women cricketers to have a double century under her name. Currently, she has just recovered from her Six Months Hamstring Surgery and started her journey again from WBBL 2020. With over 4800 plus runs and 297 International wickets in her International Career, a lot of records are still waiting for her.
Ellyse Perry International Career-
ODIs-
Matches-112, Runs-3022, Wickets-152
T20Is-
Matches-120, Runs-1218, Wickets-114
Tests-
Matches-8, Runs-624, Wickets-31

ICC Spirit of cricket award for the decade Winner- MS Dhoni(India)
The Spirit of cricket award for the decade went to none other than the captain cool MS Dhoni as in the 2011 Nottingham test match he withdrew the run-out decision and recalled Ian Bell who was given out by the umpire. The Incident happened as bell presumed that the ball has gone for the boundary and just left the crease walking for the tea break until the time Abhinav Mukund removed the bails from the stumps as the ball was saved by Praveen Kumar and Asad Rauf the standing umpire didn’t give any Boundary signal as a result of which this confusion happened. Ahead of this situation Dhoni calmly made the decision to withdrew this decision and recalled Bell who was batting on 137.
Truly this was one of the very best movements in world cricket for this decade.

No doubt a lot of cricketing action is on the line for the upcoming decade, after a very successful decade of exciting power-packed performances and matches.