As the 2021 Syed Mushtaq Ali Trophy has been finished it was Tamil Nadu who went on to win their second title after a comfortable win by 7 wickets. Let’s have a look at some of the best performers of the tournament who can be expected to go at a high price under the hammer.

With over 349 runs and a very impressive captaincy to lead his side Baroda into the finals of the Syed Mushtaq Ali Trophy, 31-year-old Kedar Devdhar will be under everyone’s radar in this Auction. In the absence of some of the experienced players Deepak Hooda and Krunal Pandya, Although suffering a defeat in the finals Devdhar led the side very well from the front and never failed to impress with his batting throughout the season.

The one essential performance in the final would certainly be the game-changing one, and the 22 years old left-arm spinner Manimaran Siddharth proved it with a conquering spell of 4-20. Recently Siddharth was released by Kolkata Knight Riders and this time around looking at this performance he will be certainly under the radar of the scouts of the different franchisees to be picked up at a good price. 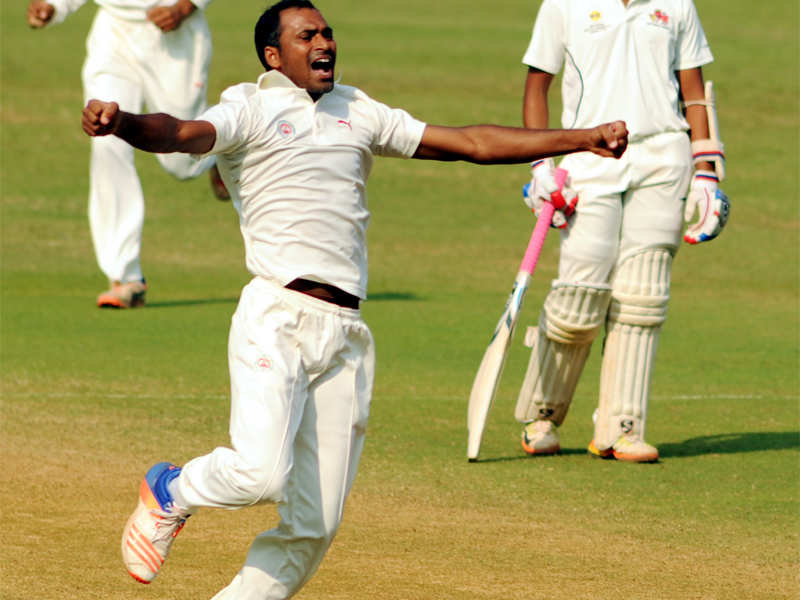 No doubt that Lukman Meriwala looks more like a T20 specialist after observing his stats. This time around also the left-arm pacer from Baroda didn’t fail to impress with over 15 wickets in the tournament. It is very surprising that he wasn’t part of any IPL teams in the past, but this time around he has a chance on 18th February at the great IPL auction when his name will come under the hammer. Surely a lot of teams would like to target this brilliant bowler.

Another great upcoming talent would certainly be none other than the 26-year-old wicket-keeper opening batsmen from Kerala Mohammed Azharuddeen, who will be under the radar of most of the franchisees at the auctions. Thanks to that one incredible performance of 137 not out against Mumbai which came while chasing a huge total, points out what this man can do in pressure situations. It feels like he is a suitable player for this shorter format of the game and should be tested at a higher level.

After an impressive tournament, most of the team owners will be targeting the 28 years old top-order batsmen from Baroda, Vishnu Solanki. He has been a very impressive player in this tournament with some of the greatest innings under his name with the unforgettable match-winning innings against the Haryana side in the quarterfinals. He also scored a crucial 49 in the final but his side ended up losing. With over 266 runs in the tournament Solanki’s, most of the knocks came when the side was under pressure and he never failed to score runs from his end.

The 34-year-old veteran left-arm orthodox spinner from Bihar Ashutosh Aman had an impressive season by topping the most wickets chart with 16 wickets. This time around there is a possibility of him going big at this auction as the Left Arm orthodox bowlers have been very much impressive in the past seasons with some of the big names like Ravindra Jadeja, Krunal Pandya, Axar Patel have been delivering very well in the past seasons.