9
SHARES
96
VIEWS
Share on FacebookShare on Twitter
Goa, October 27: FC Pune City have a tough job on their hands as they make their journey to Goa to take on red-hot FC Goa at the Jawaharlal Nehru Stadium, Fatorda, on Sunday.
Not only are they playing against a team which just blew Mumbai City FC to smithereens in a 5-0 rout, they have also decided to part ways with coach Miguel Angel Portugal.
A lacklustre start to the season which saw the Stallions fall to two defeats and a draw cost Portugal his job. They have been listless in front of goal despite having the attacking riches of Emiliano Alfaro and Marcelinho. Pune have scored just the one goal in the three games so far which makes for difficult reading for a team which had one of the best attacking records last season.
“We do have strikers who can be contenders for the Golden Boot or top assists in this league. It’s just a matter of them finding form and us giving them the supply line so that they can score more goals,” said Pune City interim coach Pradyum Reddy. 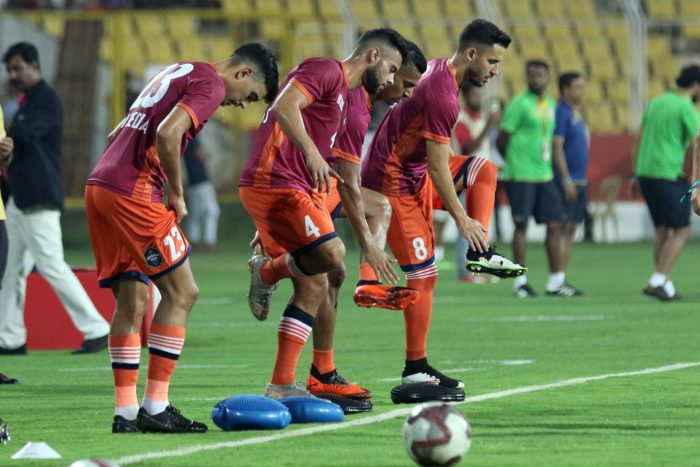 In the absence of Portugal, the task for Reddy will be to motivate his charges to give their best against a team which has a formidable attack comprising the likes of Ferran Corominas and Hugo Boumous. Reddy, however, is seeking inspiration from Pune’s win over Goa last season.
“It’s not an easy task to pick up the boys in this kind of a situation but one of the things we did is to look at the video from last December when we came here. We looked at the highlights of that game – the way we defended as a team and the way we attacked as a team. Although we won the game 2-0, we probably had chances to probably win by three or four goals in that game. That gives us a little bit of a boost,” he claimed.
FC Goa, on the other hand, have sounded out a warning for the other teams in the league with their mauling of Mumbai City. They have scored 10 goals already in three games and have an intimidating feel about them.
But coach Sergio Lobera is not getting ahead of himself. He expects a tough game from Pune City who will be looking to get off the bottom of the table.
“I sincerely don’t think that we are favourites. If you are not going to be 100 per cent, you’re not going to win the game tomorrow,” he stated.
The Spanish coach is also not reading too much into the table where Pune City are lowly-placed.
“I don’t think the table reflects the potential that Pune have as a team. They are a great team and I’m pretty sure they will be fighting for the title. Tomorrow’s game is a tough one,” he said.
FC Goa have been boosted by the return to fitness of Brandon Fernandes and will be looking to go top of the table with a win on Sunday.
Share9TweetShare