by Sachim Karekar
in Golf
0

The tournament aims at becoming a catalyst towards engaging business growth between India and the United States of America. This inaugural edition saw over 100 participants from across various business houses and corporates from all across the country bond over a competitive round of Golf.

Salil Murthy, Country Head, General Mills India walked away with the winner’s trophy in the 0-15 handicap category whileHritik Gandhi– Director, Shinhwa Weltec India Pvt Ltd, finished as the runners up in the category. Manav Sardana – President, Imperial Group of Industrieswon the 16-19-handicap category and Jim Booth, COO, British Council was adjudged as the Runners Up.

Speaking on the event, Mr. S.K. Sarkar, National President – Indo-American Chamber of Commerce, said,“We are delighted with the response to the first edition of the IACC-Sky Mansion Golf Invitation and this gives us enough confidence to look forward to this annual edition and building it as the germi8nating ground for future networking opportunities in business growth for both India and the United States of America. We hope to see the IACC-Sky Mansion Golf Invitational become the most sought-after tournament – the highlight of the golfing season in the years to come.” 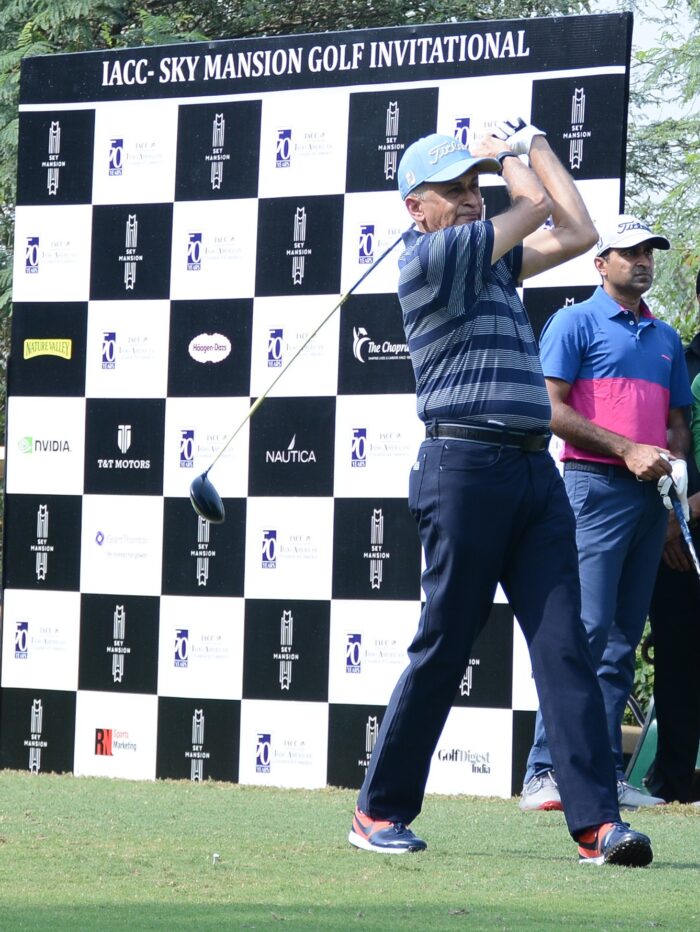 Capt Karan Narang (Retd.), Director, Sales and Marketing, Sky Mansion said, ‘The event was taken really well by all the attendees for the first IACC and Sky Mansion co-branded event. I would personally like to thank Rishi and his team and also Mr Sarkar from IACC for ensuring in making this event a great success, along with all other sponsors. It was nice to see likeminded people under the same roof showing their interest in our first Super Luxury Project at 100 meters height, in Chattarpur.”

The IACC – Sky Mansion Golf Invitational was played in the double Peoria System using “12 hidden holes” in 3 handicap categories.  The unique blend of networking coupled with a competitive angle ensured that the golfers left no stone unturned to showcase their golfing skills.

Among other prizes, which were won on the day, Jayesh Saini won the Nautica Straightest Drive Contest driving just 9 inches away from the line while Sushant Khanna won the Ballantine’s Long Drive contest driving 337 yards. Scott Mcleod won the Runner’s up award with a drive of 335 yards. Mohit Talwar walked away with the Nature Valley Closest to the Pin award.

Kapil Dev To Lead India Against South Africa- In A Test Of A Different Kind!