The Competition Becomes Evident As The Womens Senior, Mens Sub-Junior And Mens Senior Teams Battle It Out At The Sheru Classic MMKL

The men’s sub-junior matches of the day started with the August Kranti Express defeating the Mumbai Ultras Kabaddi Club. The second match saw the table toppers Mumbai che Maharaje proving their spot after defeating Goregaon Gladiators with 11 points. The Goregaon Gladiators, even though they lost the match, inspired and delighted everyone in the league and even outside as the youngest player , Neel Akhade, an 11 year old boy, the youngest player in the tournament led the side to the toss. The third match gave the Namo Bharat a clean sweep against the Borivali Bahubalis who haven’t been able to add the crucial two points in the points table. The last match from this category saw a close battle between the Raje Chandrarao Warrors and the Gavali Dhurandhars as the former made an upper edge by just two points. 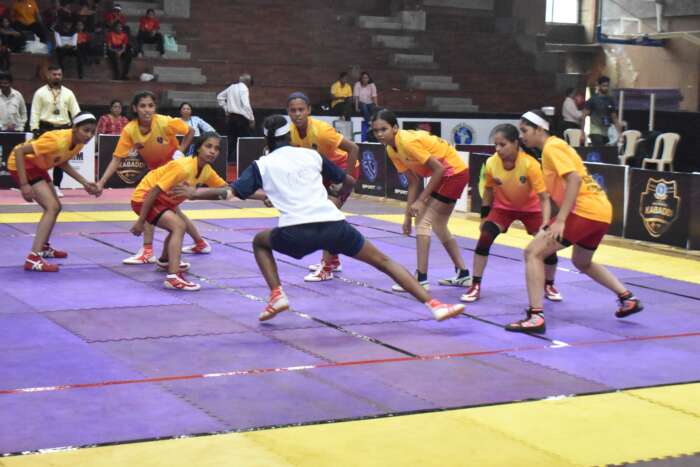 The men’s senior matches saw an amazing game by Sagar Surve for Raje Chandra Rao Warriors, Karan Singh for the Goregaon Gladiators and Aakash Gaikwad for Borivali Bahubalieven though the team ended up on a losing side. The cut throat battle between the Namo Bharat and the August Kranti Express team made the day all the more exciting with Namo Bharat winning it by two points.

The Voter’s Choice Awards, an innovative concept started by SportVot to help the fans support their favourite players,were also declared for the performances on the eighth day,with Samruddhi Mohite and Nayna Jha winning it in the junior women category and Vaishnavi More and Monika Mario winning it in the women senior category. Vinay Chauhan, Kartik Lohakare, Ankit Yadav, Uddhav Mharnur became the Voter;s choice in the men’s sub-junior category.