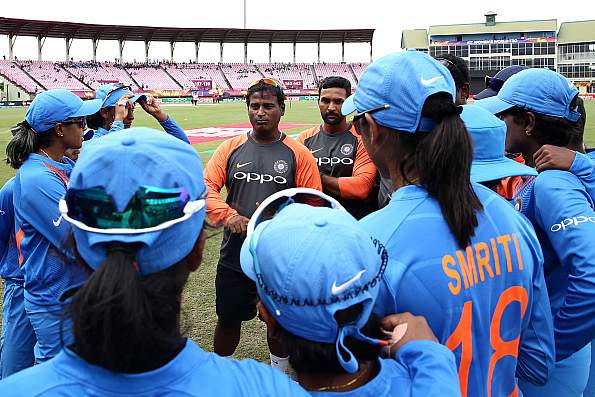 After uncertainty regarding his future with the Indian Women’s team, Ramesh Powar has re-applied for the vacant coach’s post on Tuesday.

The BCCI had advertised for the position of national team’s head coach earlier this month, with December 14 set as the deadline for applications.

Ramesh Powar, whose controversial tenure as women’s coach ended on November 30, on Tuesday reapplied for the job after receiving strong support from T20 captain Harmanpreet Kaur and her deputy Smriti Mandhana. The 40-year-old former India spinner confirmed to PTI that he has applied.

“Yes, I have applied this evening because Smriti (Mandhana), Harmanpreet (Kaur) have supported me and I can’t let them (the girls) down by not applying,” said Powar.

Powar’s stint after the Indian women’s team lost to England in the semifinals of the World T20 last month. The team management including Powar and Harmanpreet dropped senior player Mithali Raj for the knock-out game, triggering a massive controversy.

After returning home from the West Indies, Mithali went on to accuse Powar and COA member Diana Edulji of trying to destroy her and being biased against her. Powar, on his part, accused Mithali of threatening to retire midway into the World T20 after being denied the opening slot and creating chaos in the team.

Harmanpreet and Smriti have already said that they want Powar to continue while Mithali is against his return. The women’s team is a divided lot at the moment and so is COA running the BCCI. The COA comprising Vinod Rai and Edulji at loggerheads over the women’s coach appointment.

The BCCI invited fresh applications for the vacancy after Rai’s approval while Edulji said that the decision was taken without consulting her and the board could have continued with Powar till the New Zealand tour which starts next month.