Puneri Paltan produced a solid all-round team performance to beat Haryana Steelers 34-22 to register their first win of Vivo Pro Kabaddi Season VI. Nitin Tomar led from the front as he scored seven points and was ably supported by GB More and Deepak Kumar Dahiya who scored six and five points respectively. For Haryana Steelers, it was a disappointing night for the raiders as apart from Vikas Kandola (8 points) no one else contributed much. 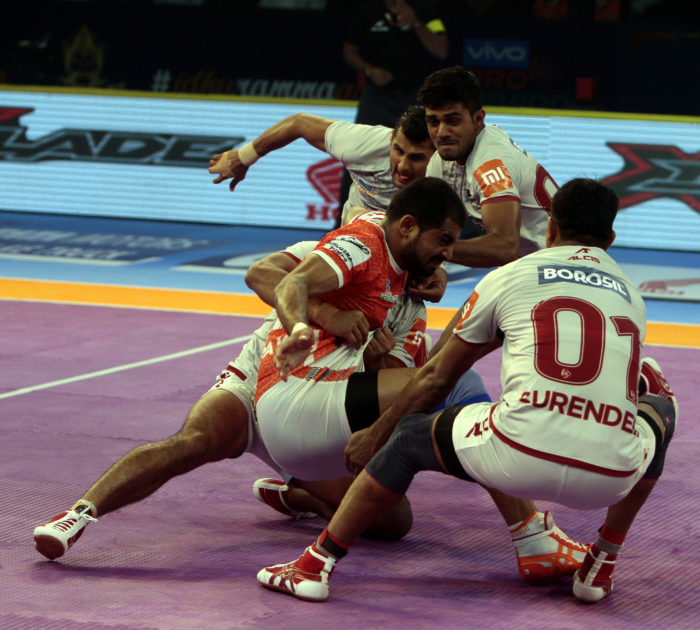 Haryana Steelers were quick off the blocks with their defence and raiders scoring two points each as they led 4-2 after 7 minutes. Puneri Paltan defence scored their first point of the match in the 7th minute as they trailed 3-4. Both teams traded raid and tackle points in the next few minutes as Haryana Steelers held a slender 7-6 lead after 13 minutes.

GB More did the bulk of scoring for Pune as he had four points in the first 15 minutes. Surender Nada earned two tackle points for Haryana’s defence. It was a low-scoring affair in the first half as both teams played on the do-or-die raids. 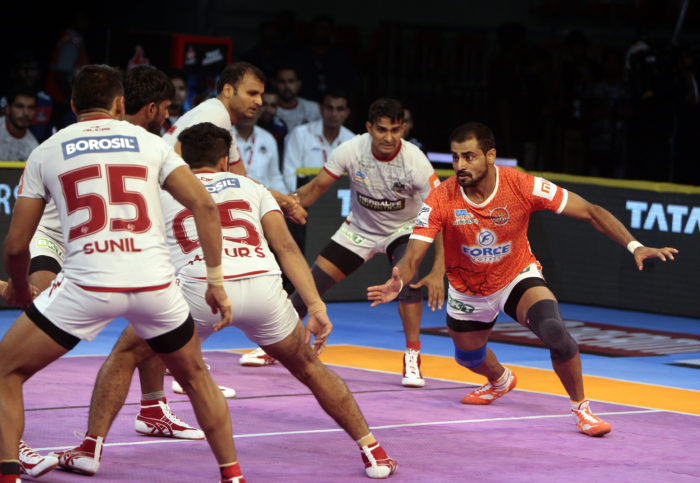 Haryana Steelers started the second half better as they scored five points to trail 14-18. Nitin Tomar, however, had different ideas as he scored with a two- point raid in the 27th minute to lead 20-14.

Puneri Paltan managed the game quite well as they contained the Steelers’ raiders very well. With just five minutes to go, Puneri Paltan had opened a nine- point gap. In the 36th minute, another all out was inflicted by Pune as they led 30-17.

The ‘brave moments’ of the match belonged to Nitin Tomar who suffered an injury but continued to battle on for his team. In the 19th minute, Tomar helped Pune inflict a crucial all out from which Haryana never recovered.

Puneri Paltan made little work of Haryana Steelers in the second half as they ran out comfortable winners.