The State level Kabaddi Club Championship set to start from the 16th of January 2023 in Kolhapur.

The sports season is on its peak in Maharashtra, with back-to-back tournaments lined up in various parts of the state. The end of 2022 saw one of the biggest and grandest Kabaddi events of the year come to an end with the 70th Maharashtra State Championship. However,  in the first month of 2023 the Maharashtra State Kabaddi Association is back with the State Level Kabaddi Club Championship in Kolhapur. The tournament is organised specifically for the seniors category in the Men’s category. 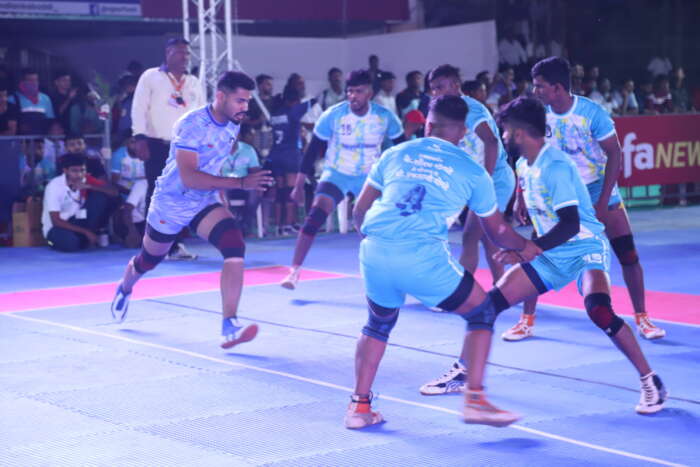 The tournament is set to take place from the 16th of January to the 18th of January 2023 in Kolhapur. A total of 16 teams will fight it out in 35 matches in this tournament to become the State Level Kabaddi Club Champions.

The entire tournament is digitised on, a Mumbai based sports tech company, SportVot, which is the official digital partner of Maharashtra State Kabaddi Association. All the matches from this tournament will be Live on the SportVot app.