fraternity across the mega city

by the second phase of trials which will be announced soon. More than 1600 players have

registered themselves for the MMKL Trials, which are were held at the Sports Authority of 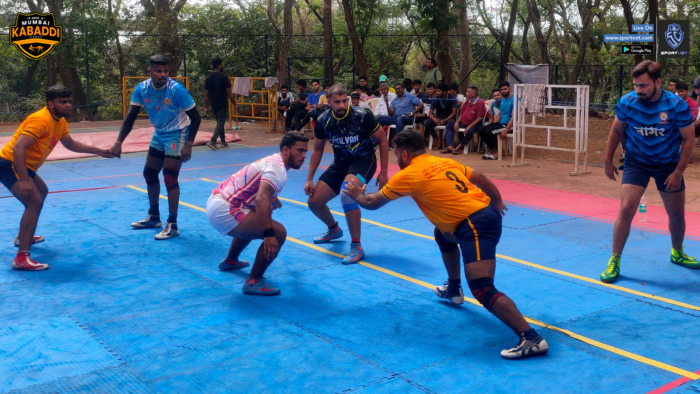 among the entire Kabaddi community of Mumbai. The entire process, from the registration of

the players to the payment of trial fees, has been completely digitized. The trials are being

streamed LIVE on the SportVot app, and every single data point of the athletes in the trials is

being tracked digitally. The MMKL trials have witnessed an overwhelming response from the

The league is structured in a unique pattern. The players are divided into teams on the basis

of age categories, viz., seniors, juniors, and sub-juniors, and the trials are being conducted

accordingly. This is the first time that a franchise in a league will have three teams in three

different categories, giving men and women and players of all ages an opportunity to shine.

At the end of the trials round, more than 500 kabaddi athletes will be selected for the final

round of selection, which is going to be like an auction round. The process of selection for

digital data and videos captured during the trials.

Sidhhant Agarwal, Founder & CEO of SportVot, shared with us, “The vision behind the Maha

Mumbai Kabaddi League has always been very clear in our minds. We want to create a

mega platform for the kabaddi talent in Mumbai and, along with that, we also want to make

the most use of the technology that we have developed to spread, celebrate and modernise

the game across the globe! The participation that we have received for the Trials round and

ready, in fact, eagerly waiting for such developments. We are really looking forward to the

next phase of player selections and the season ahead! “

While one of the players from the trials expressed, “This is the first time we have

experienced such a professional approach and particularity in the arrangements, the digital

process was also extremely easy, and frankly, it was really exciting to register online and

also understand the whole player tracking and profiling process. And personally, the fact that

magnitude at which we are playing!”

the live action will begin towards the end of July. More exciting details will be coming out

about the tournament in the coming week.