Mumbai, 21 November 2018: The season 6 of VIVO Pro Kabaddi is in the midst of some nail-biting action as every match is going down to the wire. As a call out to the fans to not miss any action, Star Sports, India’s leading sports broadcaster launches a new TVC featuring the former world cup winning captain, Mahendra Singh Dhoni. MSD who’s otherwise seen stumping batsmen from behind the wicket and hammering bowlers for sixers, can be seen in a never seen before avatar as a kabaddi player in the new TVC for Vivo PKL Season VI. 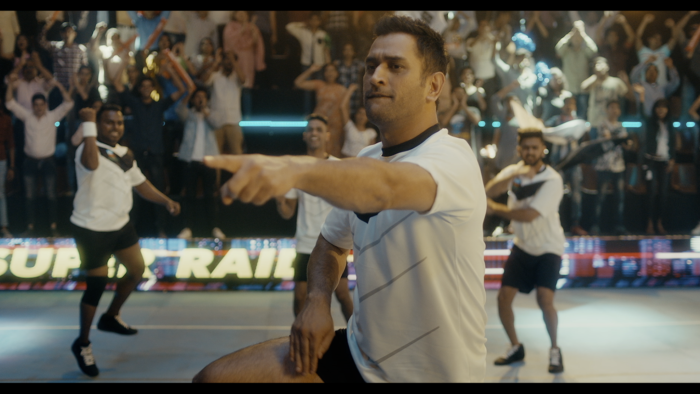 The TVC opens with a usually calm and composed Dhoni going for an intensely pressure do-or-die raid, amidst cheering fans. He showcases some key kabaddi moves, including the famous dubki, followed by a leap to compete a super raid. The action on the mat then cuts to the living room, where Dhoni is seen watching VIVO Pro Kabaddi League, to reveal that the action on TV is as real and intense and one simply cannot afford to miss a single second; as mentioned by MS Dhoni in the TVC- ‘Yeh nahi dekha toh kya dekha!

Fans can catch each match LIVE, 7:30 pm onwards, on the Star Sports Network including the FTA channel Star Sports First, in Tamil on Star Sports 1 Tamil, in Kannada on Star Suvarna Plus, in Telugu on Star Maa Gold and Hotstar.