Chennaiyin Recover, Leave Pune Down In The Dumps

Chennaiyin Recover, Leave Pune Down In The Dumps 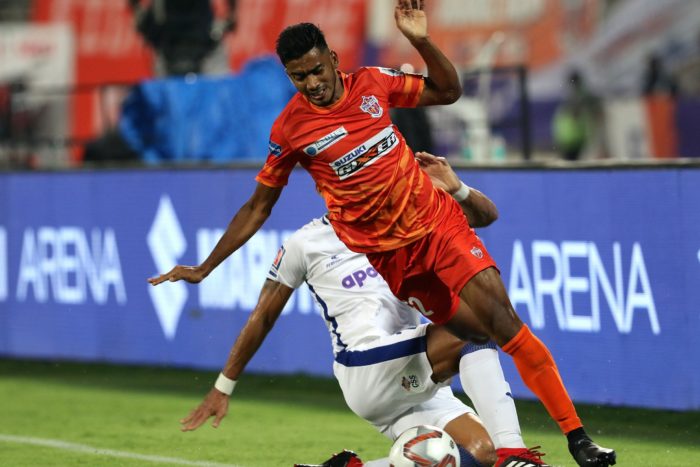 Ashique Kuruniyan’s early goal in the ninth minute gave Pune the lead but a strong second half from Chennaiyin allowed John Gregory’s men to seal three points. Mailson Alves equalised with a header in the 53rd minute and Gregory Nelson completed the comeback two minutes later. Inigo Calderon and Thoi Singh helped the visitors increase their lead and Jonathan Vila’s late goal was nothing more than a consolation.
Brazilian striker Marcelinho was given his marching orders after a dangerous tackle on Germanpreet Singh as Pune ended the game with ten men to compound interim coach Pradyum Reddy’s woes since another striker, Diego Carlos de Oliveira, also remains suspended for another red card against FC Goa.
A tentative start by the defending champions was punished by Pune City less than ten minutes into the match. An audacious cross-field diagonal ball by Robin Singh allowed Kuruniyan to race past Inigo Calderon on the left flank and beat Karanjit Singh from a tight angle inside the box. 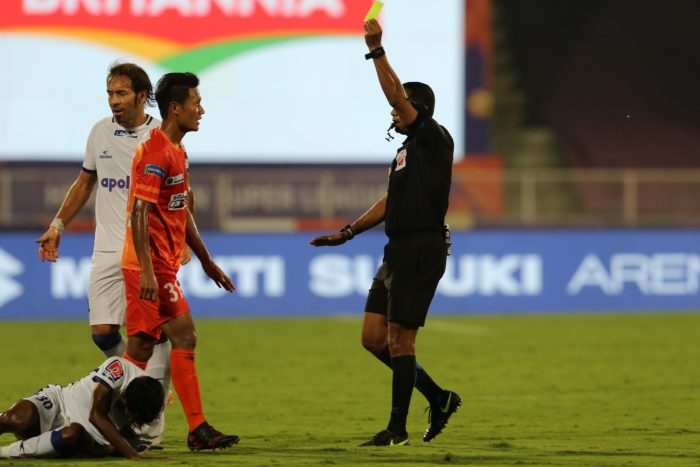 John Gregory’s men had the lion’s share of the ball but struggled to create clear-cut chances with it. The visitors were content to use the turnovers to good effect whenever they sensed an opportunity from their own half.
Chennaiyin came out of their blocks quickly after the restart and scored the equaliser in the 53rd minute. Martin Diaz fouled Anirudh Thapa outside the box and the young midfielder picked out Mailson Alves at the far post from the resulting free-kick. The skipper’s looping header hit the back of the net, leaving the goalkeeper with no chance.
The match turned on its head as the champions took the lead two minutes later. The scorer turned provider as Mailson’s long ball found Nelson on the right flank who ran in behind Lalchhuanmawia Fanai before chipping the ball over an onrushing Kamaljit Singh.
Chennaiyin doubled their lead in the 69th minute from Thapa’s corner-kick. Pune’s defence failed to tackle the delivery from the corner and Raphael Augusto managed to push the ball into the path of Calderon who tapped the ball into the net. 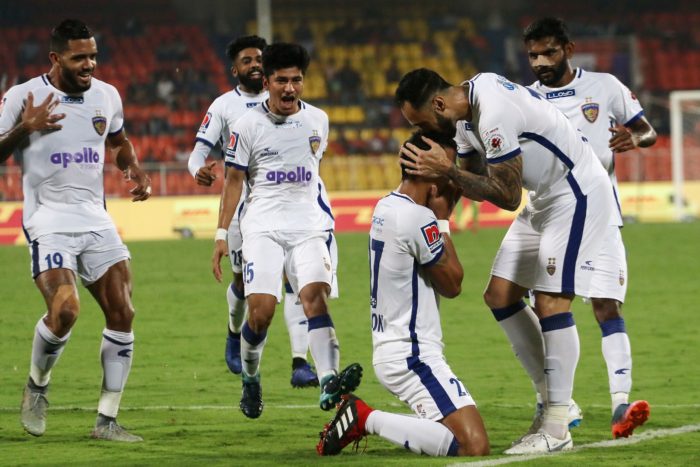 The visitors grew in confidence as the second half progressed and scored their fourth goal three minutes later. Augusto played a delightful ball across the face of goal for Jeje whose shot was kept out by the goalkeeper. The rebound fell perfectly for Thoi who made no mistake from handshaking distance.
Augusto almost wrote his name onto the scoresheet with a dipping effort on goal but the swerving effort full of Brazilian flair hit the crossbar.
Pune grabbed a consolation goal in the 90th minute when Jonathan Vila rose the highest at the near post to head in Marcelinho’s well-taken corner kick. Marcelinho, however, jumped into a dangerous tackle to steal the ball off Germanpreet Singh with just seconds left on the clock and the forward was punished with a straight red card. 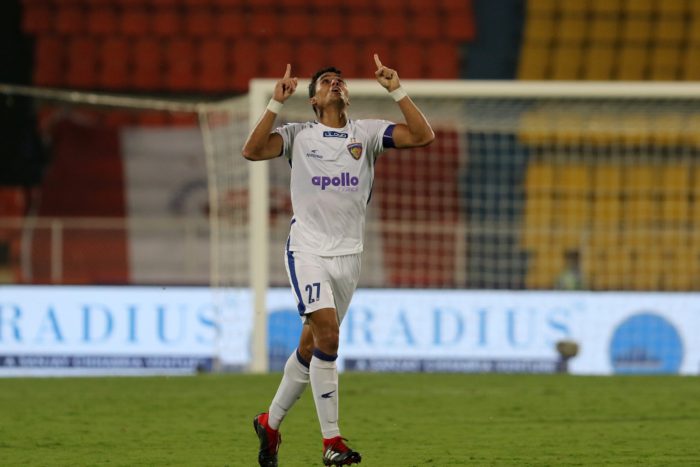 Pune are now at the bottom of the league ladder with just two points from six matches while Chennaiyin moved up to the eighth spot with four points from seven matches.
ShareTweetShare