Bengaluru Bulls won their fourth match of Vivo Pro Kabaddi League Season VI while Patna Pirates continued to have a dismal home leg. Pawan Sehrawat made a huge difference with his presence of mind, athleticism and quick raids to rack up 14 raid points. Kashiling Adake helped him by getting crucial raid and tackle points to cause difficulties to a struggling Patna Pirates. Pardeep Narwal had a cold game while his fellow teammate Manjeet tried his best to make a difference with 10 raid points. Bengaluru Bulls have now clinched the top spot in Zone B while Patna Pirates went down a place to fifth. This is Bengaluru Bulls’ first win against Patna Pirates since Pro Kabaddi League Season 2. 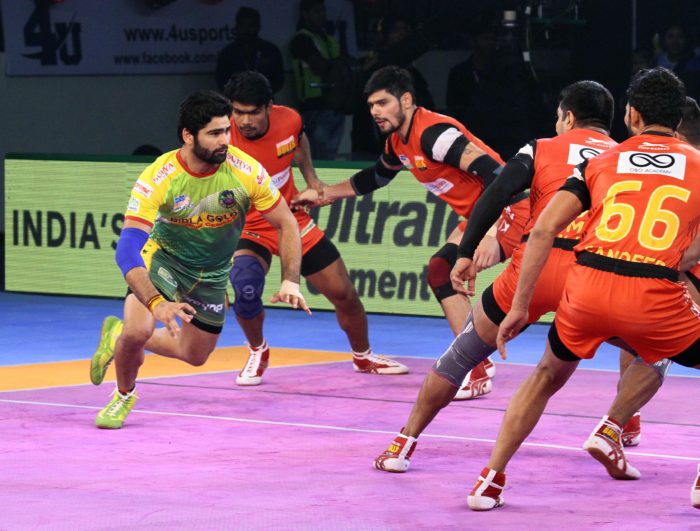 Patna Pirates entered the game with 2 losses on the trot at home which they wanted to end. They started strongly with Pardeep Narwal getting Mahender Singh in the first raid of the match. Pawan Sehrawat made a great display of street smartness in his 3rd minute raid as he caught Ravinder Kumar napping after Pawan got a touch point on Kuldeep Singh to make it 2-4 in Bengaluru’s favour. 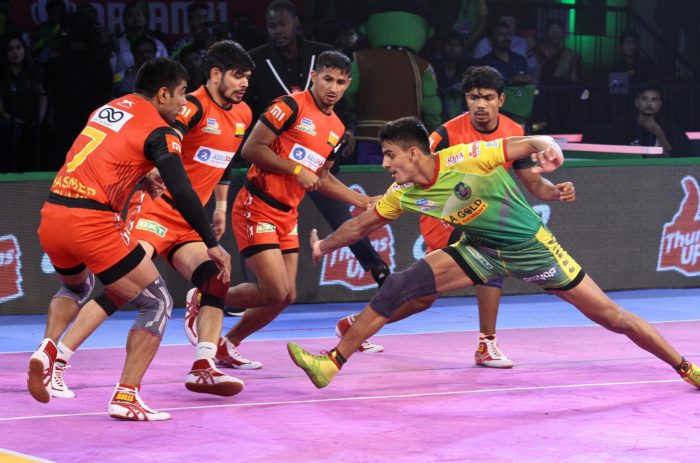 The second half saw Deepak Narwal get bonus in regular intervals to keep the score ticking for Patna Pirates. The 22nd minute saw the match make a great moment as Pawan Sehrawat leaped over Ravinder Kumar to reach the midline and make the score 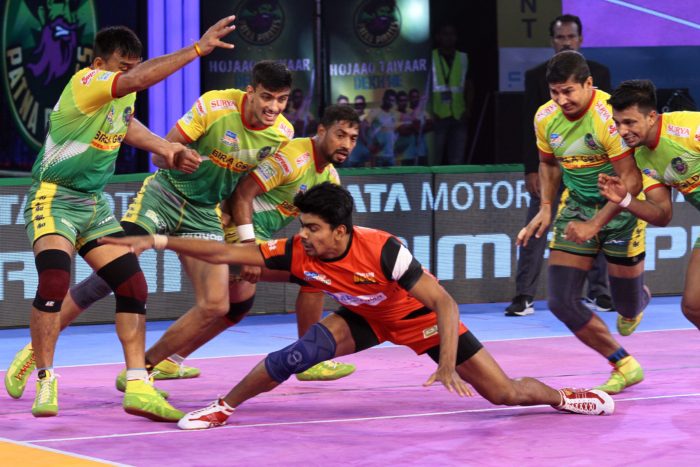 This led to an amazing effort to get an All Out on Patna by Pawan Sehrawat where he just crossed the midline in the 29th minute as he struggled between Ravinder Kumar, Manish and Deepak Narwal to make it 26-32 in favour of Bengaluru Bulls. The 33rd minute saw Manjeet get a Super Raid after review where he got a bonus and Ashish Sangwan and Sandeep to make it 30-35. They came back to equalize in the 36th minute after they inflicted an All Out to make it 36-36. This was countered by Pawan Sehrawat getting another Super Raid in the next raid to take back a 3 point lead. Bengaluru Bulls lost their 5 point lead after Rohit Kumar got a yellow card which saw Patna creep back to equalize. The match ended with both teams having a Do-Or-Die raid which saw Bengaluru Bulls win the match 41-43. 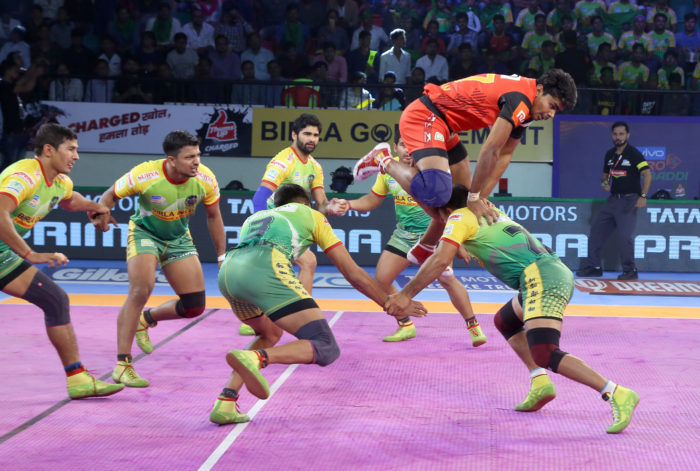 Jobby Justin Strikes Twice To Do The Job Away Against Lajong