We’re Not Going To Start As Favourites, States Constantine 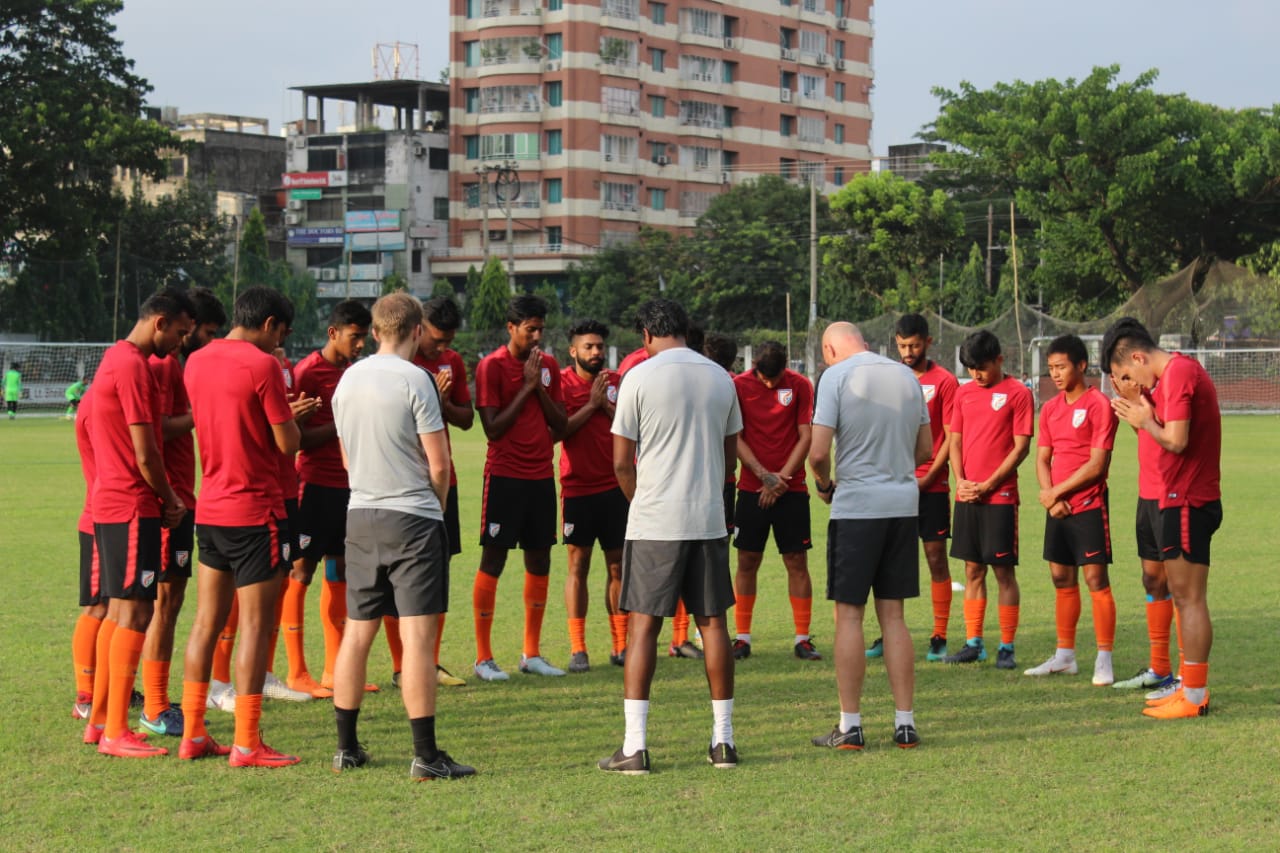 DHAKA, 8th September 2018: Despite defending champions India staring their defence of their SAFF Suzuki Cup 2018 campaign in style against Sri Lanka, a day prior to India’s last group league match against Maldives, National Coach Stephen Constantine declared that his team “is not going to start as favourites in any of the matches” in this tournament. 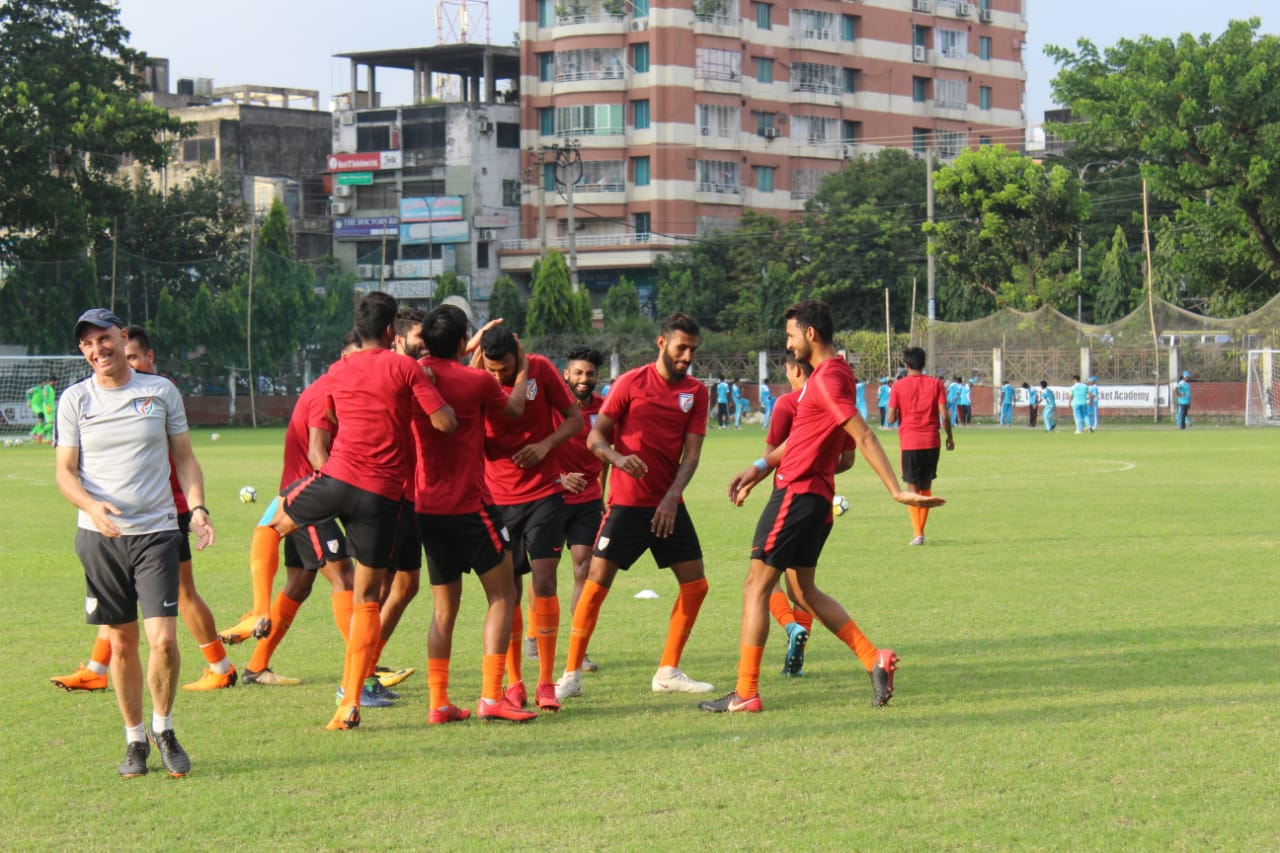 “In this competition, we are not going to start as favourites in any of our matches. We are a young and inexperienced side and we are playing against senior sides. We can say we have a good chance to win this game. But I don’t feel we can be labelled as favourites before the kick-off,” he stated.

The match is scheduled to be played at the Bangabandhu National Stadium in Dhaka on Sunday (September 9, 2018) at IST 6.30pm and will be telecast live on D Sport. 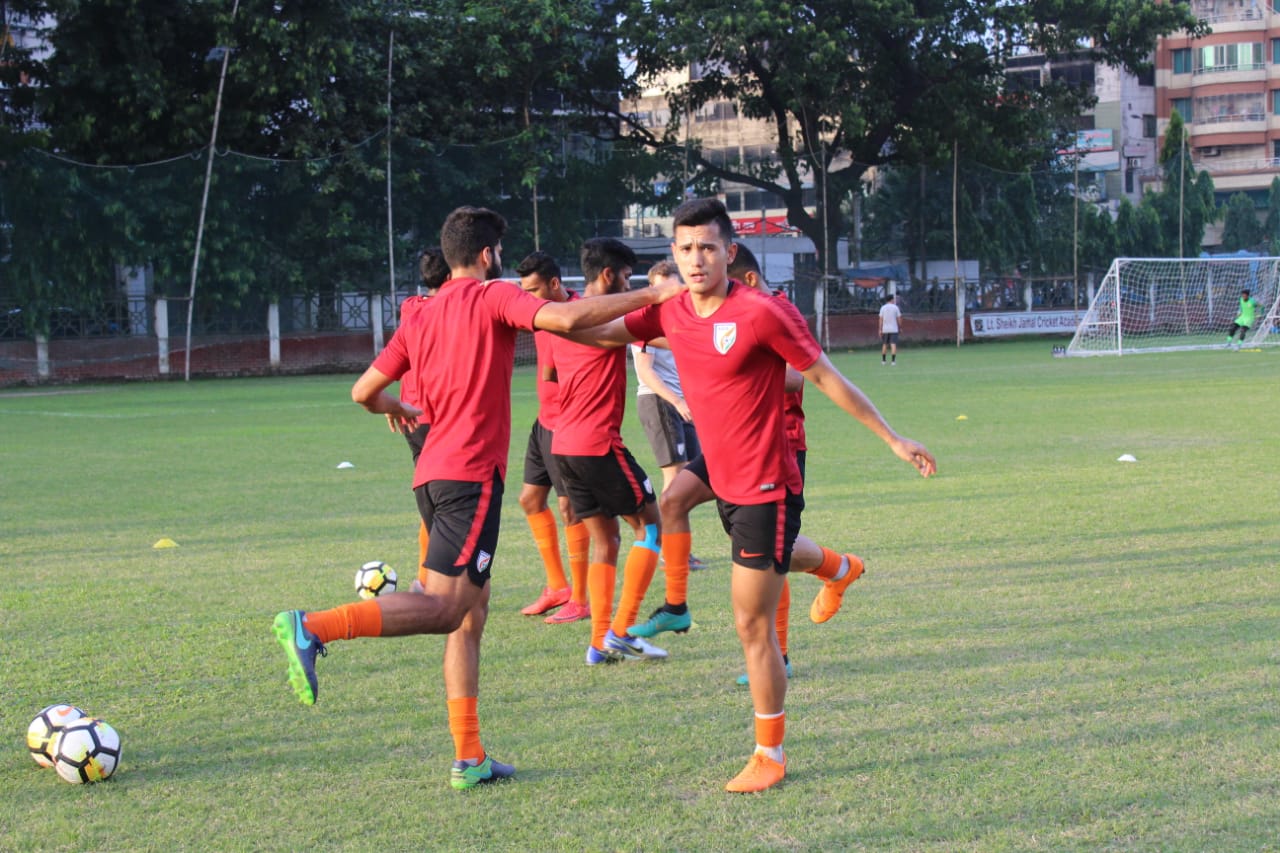 History points out that India have got the better of Maldives 13 times out of 18, whereas Maldives have won only twice. The last time the two teams met in the SAFF Championship was in the semi-final of the SAFF Suzuki Cup in Trivandrum in 2015-16 when India rode on a Jeje Lalpekhlua brace and a Sunil Chhetri strike to prevail 3-2.

However, Constantine reflected that ‘history’ won’t play any part when the two teams meet tomorrow.

“I am not a person who loves to focus on history too much. Obviously, it’s nice to look back to find that we have beaten them 13 times. But such facts don’t matter at all,” he maintained.

“Tomorrow we are playing against a completely different Maldives team and they’re also going to face a different India team whom they played last time. Had we won those 13 matches against the same set of players, that would have given us an edge.”

Maldives, meanwhile, played a goalless draw against Sri Lanka in their tournament opener and will be in the desperate hunt for that elusive point which will lift them into the semi-finals.

Reflecting on Sarthak Golui and Ashique Kuruniyan being cautioned in India’s opener against Sri Lanka, Constantine admitted it is a “concern.”

“Yes, that’s a concern for sure. If they get cautioned another time, it won’t be good news for us. We’ll have to be a bit careful tomorrow,” he maintained.

Farukh Choudhary who made his National Team debut against Lanka felt the team is not “under any pressure” at the moment.

“We are not under any sort of pressure. Personally, I am enjoying every single moment in my first National Team endeavour,” he quipped. “Yes, it could have been a dream debut for me had I scored. But leaving the ground with three points is all that mattered.”

“Coach mentioned last day and that our performance was below par. We have realised it too. We can do much better than that. We could have scored a few more goals. We are working on our mistakes and are hopeful to be more clinical tomorrow,” Farukh added.