by Sachim Karekar
in Uncategorized
0

Mumbai, 24 Sept 2018 : The Spanish flavour in the Hero Indian Super League (ISL) keeps increasing with each passing year. If the French dominated the inaugural edition and Brazilians were all over in the second, the Spaniards are now hard to ignore.

Five of the 10 participating teams have Spanish coaches and they can be trusted to stick to their philosophy of free-flowing football.

FC Goa, under Sergio Lobera, were one of the biggest proponents of the Spanish approach last season with the former Barcelona youth coach implementing a style of play that was a treat to watch for connoisseurs of the attacking game.

Though Goa came undone in the playoffs against eventual champions Chennaiyin FC, they have no plans of abandoning the Spanish approach that was pleasing to the eye.

“Our idea is to win. But we want good football as well. Last season, the fans enjoyed our football. So we want to keep it that way as it also important for the fans to be entertained,” assistant coach Jesus Tato said during a media interaction.

While Tato’s words confirm that Goa’s Spanish ethos will be untouched, the side will not be the only one banking on that philosophy when the ISL gets underway this year.

Delhi Dynamos FC might have finished a lowly eighth in the ISL last season but their football under former Real Madrid youth coach Miguel Portugal carried all the hallmarks of the Spanish approach. Looking to dominate the possession against every opposition they faced, Dynamos grew in confidence as the campaign wore on and were playing some extremely fluent football by the time the league culminated.

Dynamos parted ways with Portugal at the end of the season but have looked to continue the Spanish approach by roping in his compatriot Josep Gombau as a replacement. Gombau comes from the Barcelona school of thought, having spent seven seasons as a youth coach at the Catalan club.

“When you are from Spain, you grow with this certain philosophy. I am from the Barcelona academy and I understand football in a certain way. If you go to an English coach, then his understanding will be different. Every country has its own style and the coach belonging to that country will stick to the same style,” said Gombau.

It won’t be exclusively tiki taka for Dynamos.

“More than tiki-taka, we like to have the ball and attack. We have the responsibility to play entertaining football as well so that fans who come to see us can enjoy. People come when they enjoy and in this way football in India will grow,” he added.

While Gombau gets to work with the Spanish way at the Delhi, his predecessor Portugal will be hoping to implement the same approach at his new club, FC Pune City. 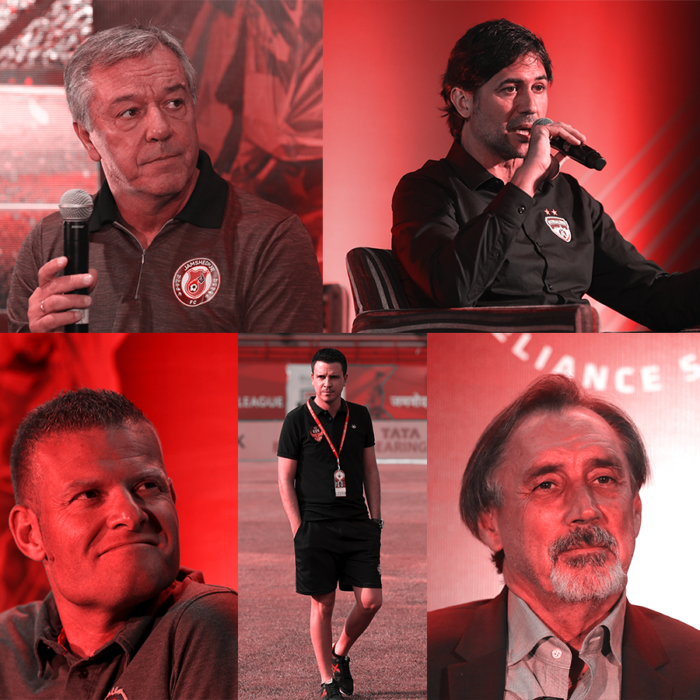 “The Spanish players have the same philosophy and have the same mentality which becomes easier to work with. Their skills and technique also become very important. They love to have possession and keep the ball,” said Portugal.

Other than Goa, Delhi and Pune, Indian Super League will also see the Spanish style of play from Jamshedpur FC and last season’s runners up Bengaluru FC.

These five clubs have put their faith in Spanish coaches and will hope they can land them a maiden crown, just like Antonio Habas and Jose Molina, both Spaniards in the past did with ATK.