Modou Sougou of Mumbai City FC celebrates after scoring a goal during match 50 of the Hero Indian Super League 2018 ( ISL ) between Mumbai City FC and Chennaiyin FC held at The Mumbai Football Arena in Mumbai, India on the 6th December 2018 Photo by: Faheem Hussain /SPORTZPICS for ISL

0
SHARES
71
VIEWS
Share on FacebookShare on Twitter
Mumbai, December 6: Mumbai City FC’s sublime run of form in the Hero Indian Super League (ISL) continues unabated as they completed the double over defending champions Chennaiyin FC with a 2-0 win at the Mumbai Football Arena here on Thursday.
Raynier Fernandes opened the scoring (27’) in the first half before Moudou Sougou (55’) made sure of full points in the second.
With this win, the Islanders have moved to second on the ISL table with 20 points from 10 matches as they continue their march towards the play-offs. Mumbai City are now on a six-match unbeaten run, a club record, while Chennaiyin have slumped to their eighth loss in 11 games.
Mumbai started well and Lucian Goian could have got his name on the score-sheet early when he volleyed his effort from a misclearance which went over the bar. At the other end, Carlos Salom was denied by an important tackle from the Mumbai captain. 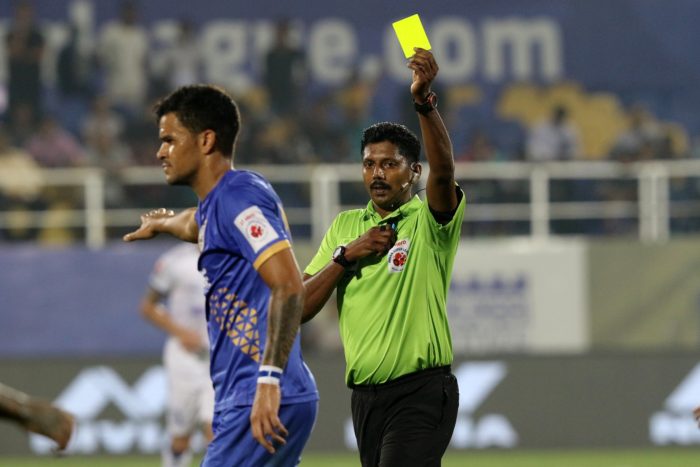 Midway in the first half, Mumbai managed the breakthrough as Raynier’s shot from outside the box went into the far corner, beating a diving Sanjiban Ghosh.
Chennaiyin kept pushing forward and came close twice in the first half. Raphael Augusto’s deflected effort across the 18-yard box found Salom, who couldn’t sort his feet in time and his feeble attempt was kept out by goalkeeper Amrinder Singh. Then, Augusto found Thoi Singh inside the box and the latter, instead of finding Salom, sliced his shot for a throw-in as Chennaiyin’s woes in front of goal continued. 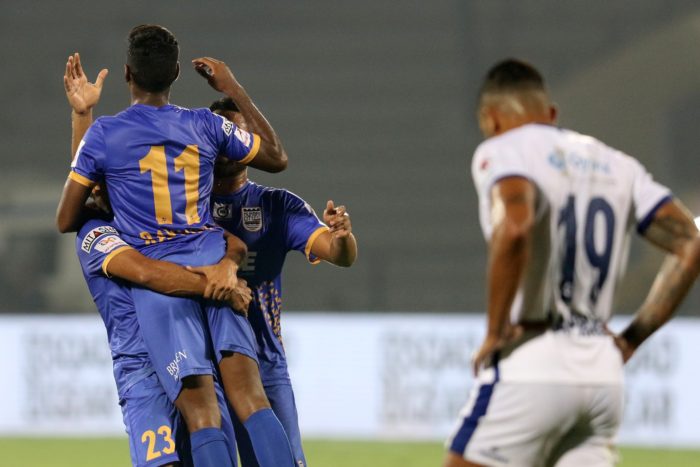 After the break, it were Mumbai who created the first chance when Arnold Issoko found Paulo Machado whose first time volley went over. 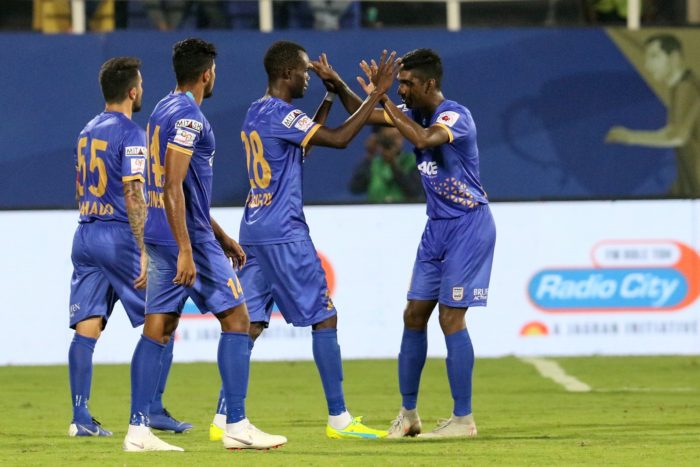 Chennaiyin had an opportunity to pull one back but Isaac Vanlalsawma’s cross from the right was headed wide by Augusto as he lost his balance. 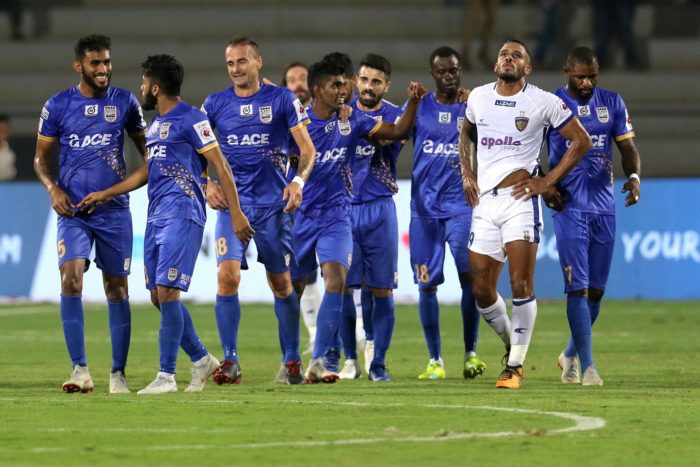 Mumbai doubled their lead in the 55th minute through Sougou. This was after Augusto gave the ball away to Rafael Bastos who made a run into the Chennaiyin box from the half-way line. The Brazilian’s shot took a deflection off Eli Sabia and found Sougou who headed it into the net.
Despite being two goals down, John Gregory’s side saw a lot of the ball but couldn’t create any clear-cut chances as Mumbai were comfortable at the back. They did manage to get the ball at the back of the net but Thoi’s effort was chalked off for offside.
ShareTweetShare

UP Yoddha Edge Out Haryana Steelers 30-29