FLAGSTAFF, Ariz. (November 14, 2018) – The Pacific Northwest has been kind to the Northern Arizona women’s basketball program of late, but head coach Loree Payne did not stop there when looking to supplement next season’s roster. In addition to nabbing another Seattle product, Payne went far east to untapped recruiting ground to fill her 2019 signing class.

On Wednesday, Payne announced Sanjana Ramesh (Bangalore, Karnataka, India) and Emily Rodabaugh (Lynnwood, Wash.) as the newest Lumberjacks after the pair signed their National Letters of Intent. Both Ramesh and Rodabaugh will be incoming freshmen for the 2019-20 season. 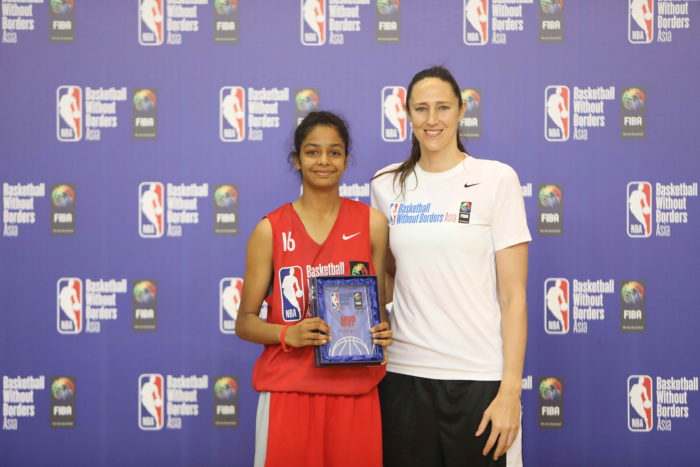 “With only two scholarships, we had to get two impact players and we did,” Payne said. “We got two players who have the potential to impact our program right away. Both fit our style of play, can get up and down the floor and are very versatile. They can play on the perimeter and can play on the inside. We pride ourselves on player development, and there is no ceiling to how great these two players can be.”

Ramesh’s signing is monumental not only for the Lumberjacks, but for her entire country as she becomes just the second Indian-born female player to receive a Division I basketball scholarship. Ramesh, a 6-0 forward, will head to NAU with phenomenal international accolades in her home country.

In 2017, Ramesh captained India’s U16 team in FIBA’s U16 Asia Cup. There, the team went undefeated in Division B and won promotion to Division A for the next edition of the tournament. She averaged 6.5 points and 7.0 rebounds per game during the tournament and then proceeded to play for India in the 2018 William Jones Cup held in Taiwan.

Ramesh, with numerous experiences on the state, national and international level, also participated in The NBA Academies Women’s Program camp in May at The NBA Academy India in Delhi National Capital Region (NCR), where she received on- and off-court training alongside top female prospects from throughout India.  Following the NBA Academies Women’s Program camp, Ramesh was then named the MVP of the girls division at Basketball Without Borders Asia, a three-day basketball development camp featuring the top male and female basketball prospects from throughout Asia.

“Sanjana is an athlete who has international and national experience in India,” Payne  said. “We’re trying to get our foot in the door in the international recruiting scene and for us, Sanjana is everything we’re looking for. She’s a joyful kid and very thankful for the opportunity to come here and she’s going to be a heck of a player. Her potential is limitless.”

Rodabaugh, a 6-0 wing, enters her senior season at Archbishop Murphy High School as the two-time Cascade Conference Most Valuable Player. Last season as a junior, Rodabaugh helped lead her team to the Class 2A state championship game where Archbishop Murphy would finish runner-up with a 24-3 record. Even in defeat, Rodabaugh was named the tournament MVP.

Her performance in the state championship game capped a season in which she averaged 15.2 points, 6.4 rebounds, 2.9 assists and 3.4 steals per game. She was incredibly efficient, shooting 49 percent from the field. Rodabaugh improved her three-point shooting from 28 percent as a sophomore to 35 percent last season.

Rodabaugh was named to the 2018 Associated Press All-State Team and is a two-time All-State performer. She has also been selected to play in the Washington/North Idaho High School Girls’ All-State Basketball Classic twice in 2017 and 2018.

“Emily has had a ton of success as a high school player in Seattle,” Payne said. “She’s a trail 4 who can shoot the three. She’s got a scorer’s mentality and is athletic and mobile. She will be a huge contributor to our offensive scheme, and defensively, she is solid as well.