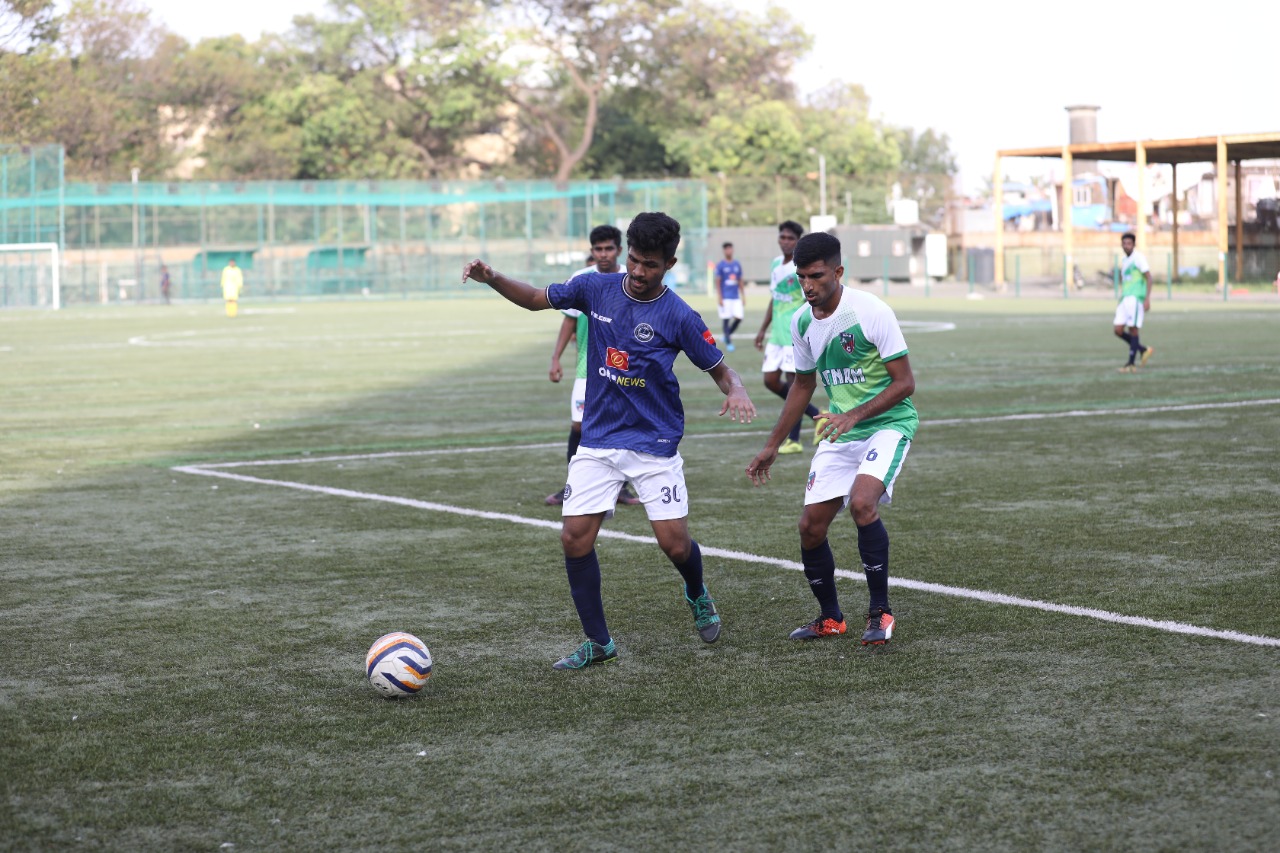 Mumbai Marines FC made a magnificent debut to their Super Division campaign with 3-0 win against Ratnam Sports Association. Abbubaker Khan opened his and the team’s account for the season making no mistake from the penalty spot in the 37th minute to give the Marines side a crucial lead heading into halftime.

The match produced a few nervy moments but Mumbai Marines FC had firm control over the match and kept their 1-0 lead intact going into the final few minutes of the match. The Marines side dominated the match and stepped up at the right moments. Three points looked well in sight but the game was far from over.

Yash Kambli who came on as a substitute in the 89th minute of the match turned the game on its head proving to be a super sub. Two goals in as many as four minutes, Yash’s goals secured all three points for Mumbai Marines FC. One being a 90th minute goal, the other coming in the third minute of stoppage time.

With the referee’s full-time whistle, Mumbai Marines FC secure all three points in their Super Division debut. They are up against Veniza Virar scheduled on the 13th Sept, 2022.