Jamshedpur, 11 December 2018: With 7 draws and just 3 wins, Jamshedpur FC are carrying the tag of a team with maximum draws in current season of Hero Indian Super League 2018-19. At this stage of the competition, nothing possibly could have been a better opponent than the bottom-placed Delhi Dynamos in a bid to reclaim top four positions.

But Jamshedpur needs to be cautious though. Last time the two met early November saw a 2-2 draw. The Cesar Ferrando’s man certainly wouldn’t want to be the first to fall prey to the wounded Lions who are still in search of their first victim of the season. Especially, when Delhi are out of contention for the play-off spots and all they can hope is to ensure that they finish as high on the table as possible and salvage some pride.

What’s worrying for the host is to get only one win of their last five matches. In their last two outings, they have only managed to find the back of the net once against Kerala Blasters – which was through a contentious penalty.

It remains to be seen if these lost opportunities could cost them the playoff spot, or could they rewrite the course of their progress right at their home at JRD Tata Sports Complex here today. 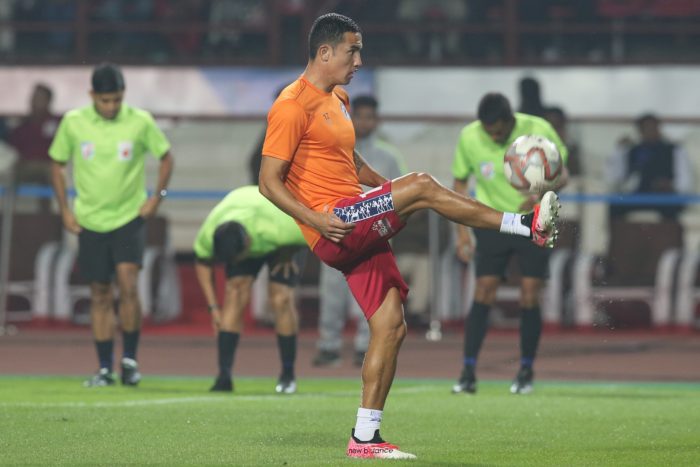 Although they have been one of the most prolific sides this season in terms of goals scored, after FC Goa, with 19 goals, Jamshedpur has struggled in attack lately. Add to that their over-dependence on Tiri at the back hasn’t helped matters either, with the team leaking goals at crucial stages of games.

“They (Delhi) play very well. They have attacking skills and they also want to win. Keeping a clean sheet will be important, and in that way, we will be able to attack more fluently,” said Jamshedpur FC assistant coach Guillermo Fernandez Gonzalez.

Concerningly, Michael Soosairaj, a livewire on the wings, will miss the tie due to an injury while Sergio Cidoncha continues to remain on the sidelines.

“We have a few injuries and losing Sergio (Cidoncha) has been a big blow. We don’t want to make any excuses and we will try to win every match. We need to win to get on top of the league table. I’m very happy with the team. We are working very hard.”

Star forward Tim Cahill will have to shoulder the responsibility of scoring goals with able support from Carlos Calvo and Pablo Morgado. Calvo, especially, has been in scintillating form this season and Delhi will have to keep an eye on him.

Sumeet Passi, who has two goals to his name, could possibly get a chance to start after being rested in the last game. 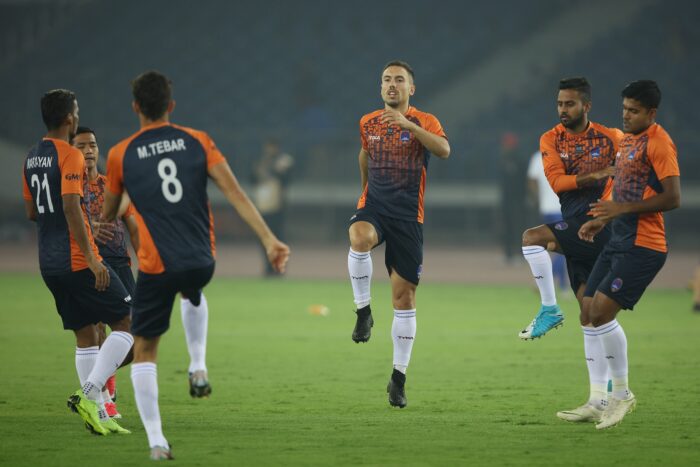 For Delhi Dynamos all the focus has been on their poor form in front of goal with just nine goals scored, the lowest in the league, their defense too has been disjointed. In fact, they have the second worst defense with 18 goals leaked in.

Interestingly, of those 18 goals, 15 were conceded in the second half, indicating a lack of focus from the team for the entirety of the ninety minutes. Jamshedpur FC could look to exploit this weakness.

“We come here with every hope to pick a win. We have a good mentality and we can make a very good game,” said Delhi head coach Josep Gombau adding, “The numbers are bad but it doesn’t mean that we have to give up. We have a lot of things to work on. We will try to win as many games as we can and also we are developing young players. So the future can be bright for us.”