FC Pune City players warming up before the match 44 of the Hero Indian Super League 2018 ( ISL ) between Bengaluru FC and FC Pune City held at the Sree Kanteerava Stadium, Bengaluru, India on the 30th November 2018 Photo by: Faheem Hussain /SPORTZPICS for ISL

Kochi, 6 December 2018: Kerala Blasters’ search for their first home win this season continues when they square off against an out-of-sorts FC Pune City at the Jawaharlal Nehru Stadium, Kochi on Friday evening.

It’s just four points which separate the two sides who have both only managed to win a single game from their 10 matches. In fact, these two outfits have struggled in attack with 11 and nine goals scored respectively. 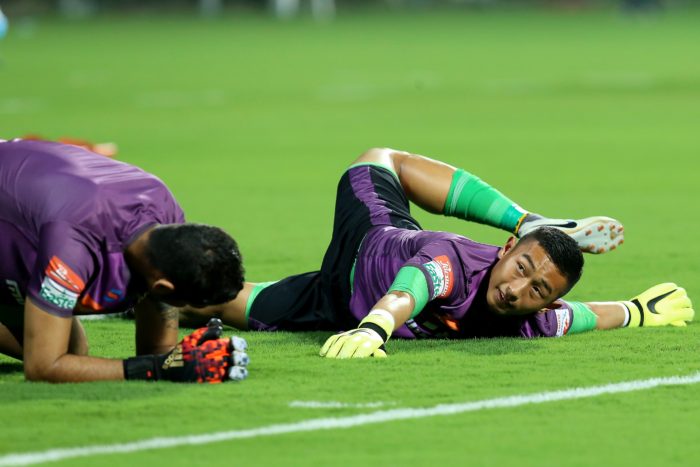 Ahead of the match, Kerala Blasters coach David James went on to express his displeasure with what he perceived as an over-aggressive game from Pune City.

“I think they have had a few suspensions and (Iain) Hume has only just come in. I am surprised that they have not had more suspensions, some of the tackles that their players make are borderline disgraceful,” commented the Englishman. 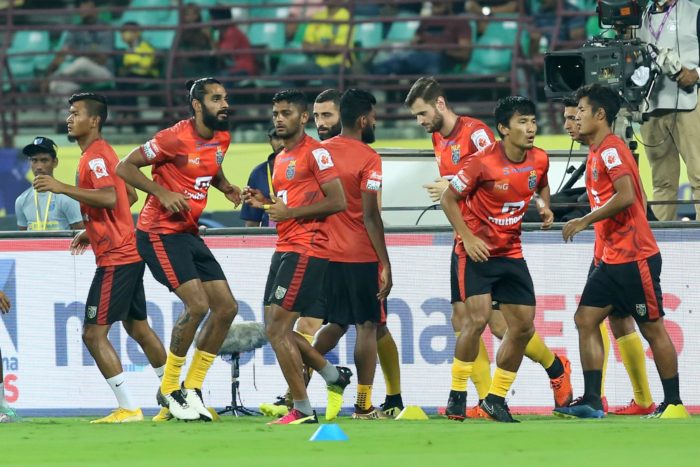 However, James did express his happiness with the performance of his players in the recent 1-1 draw against Jamshedpur FC on Tuesday. Not only did Kerala create goal scoring opportunities, they also kept the opposition attackers in check.

“It was a very good performance. By far the best we have played so far in the season. But it is another game we have not won. The spirit in the team is very positive after that. We have to win every game now, be it against Pune or Bengaluru,” James mentioned.

Certainly the onus will be on the home side to take confidence from their display and look to pick three points against Pune.

But Nikola Krcmarevic and Keziron Kizito are unavailable for selection.

James will look to Slavisa Stojanovic and Seminlen Doungel for goals against a leaky Pune defence which has conceded 21 goals. Moreover, Kerala have a mental edge over Pune City, given that they have lost to the Stallions only once in nine games.

Interim coach Pradhyum Reddy would expect more from his foreign contingent who have struggled to put in consistent performances. Marcelinho, Diego Carlos and Marko Stankovic just haven’t got into the groove with only four goals amongst them. From the Indian contingent too, only Ashique Kuruniyan has found the back of the net.

However, given that their play-off chances are all but over, Reddy is focusing on finishing as high up as possible.

“I think every game so far, it is a do or die. Three points can propel you up the table. It is a game we cannot afford to lose. We don’t have much time to prepare after that for Goa game. Irrespective of the playoff chances, we want to finish as high as possible,” he stated.

“Whatever we do in the next matches, it will help up us build for the following season.”

ISL’s all-time top scorer Iain Hume should possibly get a start against his former side, given that Diego Carlos has not travelled with the team. The former Leicester City man will be looking to prove himself to the Blasters after they decided not to renew the striker’s contract after a suffering a long-term injury last season.

It all points towards an edge-of-the-seat clash at Kochi.