India Set For A Litmus Test In China

India Set For A Litmus Test In China

9
SHARES
15
VIEWS
Share on FacebookShare on Twitter
Mumbai, October 12: When India takes to the field at the Suzhou Olympic Sports Centre Stadium in Suzhou, China, to take on Marcello Lippi’s charges, it will be a momentous occasion for more reasons than one.
The fixture marks Blue Tigers’ first-ever tussle against China on Chinese soil. But more importantly, it will be a test of India’s progress and standing in the game. 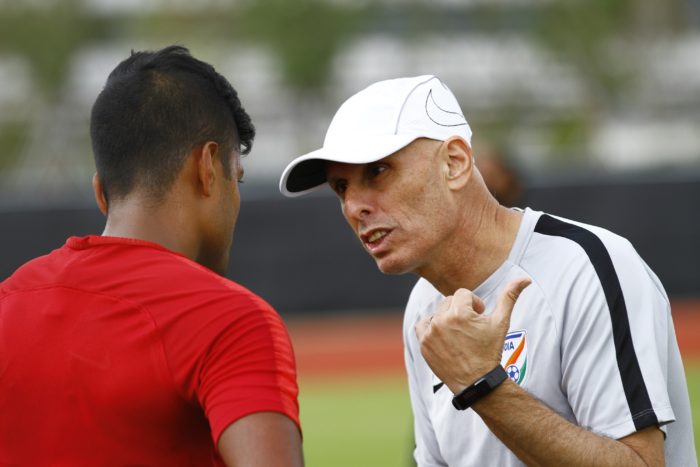 India, placed 97th in the world, will be playing away from home against a team which is 21 spots higher in the rankings.
But Stephen Constantine’s boys will go into the game with a positive mindset. A chance to play a team of China’s strength, just three months prior to the Asian Cup, doesn’t come everyday and is viewed as a huge opportunity.
Constantine, who is expected to field a full-strength side, will get to know how his team reacts to the pressure of playing a big opponent, the likes of which they are likely to encounter in UAE next January. 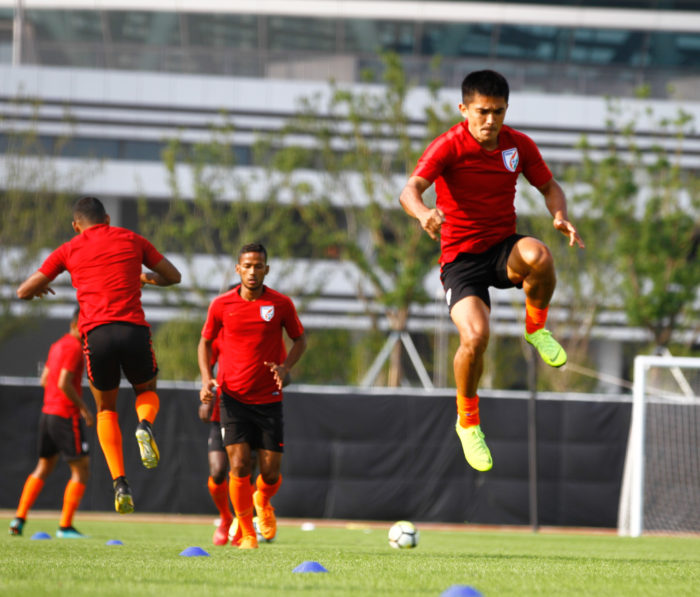 “China are obviously a good side, they play some good football, they like to play possession football but they also like to press high. So, it’s going to be a difficult game for us, but these are the games that we have to play under pressure,” the English coach said.
“These boys want to go to the Asian Cup. They are going to play for that position. We are not going there to lose. We will try to win the game. Okay, it is very difficult but our objective as always when we step on the pitch is to try to win. If we don’t win, we will take the positives out of the game and we take it from there,” he said.
India have risen from the 171 position in the FIFA rankings back in 2015 to where they are now. But in order to be counted among the best in the continent, India has to spar with the best. A fighting display in China will go a long way in affirming the notion that India have made giant strides in the game. 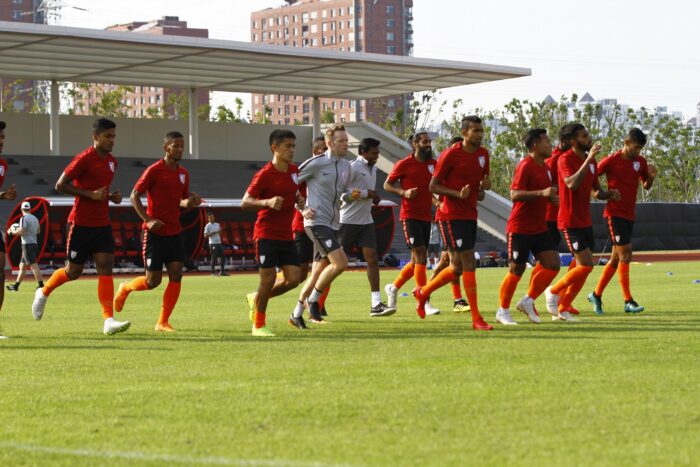 Leading India in that particular quest will be star striker Sunil Chhetri who will have a partner in Chennaiyin FC striker Jeje Lalpekhlua.
Sandesh Jhingan and Anas Edathodika, as always, will be entrusted with the task of holding off the Chinese forwards who have not been among the goals lately.
China did not have the best of international breaks in September where they lost to Qatar (1-0) and were held goalless by Bahrain, who incidentally are in India’s group at the Asian Cup.
Yu Dabao, Gao Lin and Wu Lei are expected to lead China’s attack on Saturday. Chi Zhongguo will be the midfield anchor while coach Marcelo Lippi will not tinker with a settled defence.
There is no doubt that India have a tough task ahead of them in Suzhou but whatever the result, Saturday should be looked at as a learning chapter for the Indian boys.
Share9TweetShare