A stubborn performance from India saw them hold favourites China to a creditable 0-0 draw in an international friendly at the Suzhou Olympic Sports Centre, Suzho, on Saturday.

The 76th-ranked side just could not find a way past the defiant defence that India put up and had to settle for a draw. This was the 18th encounter between the two teams, and even though India has never tasted success, this clash played for the first time in Chinese soil, should be encouraging. 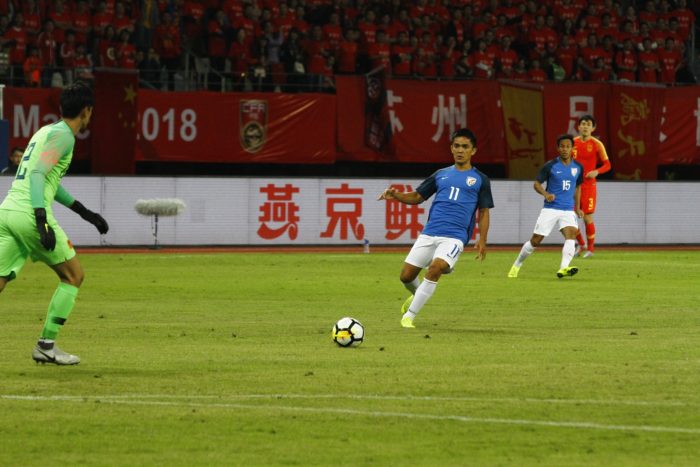 Stephen Constantine named Jeje Lalpekhlua and Sunil Chhetri in attack while Anirudh Thapa and Pronay Halder were deployed in midfield.

China started with Yu Dabao and Gao Lin up front and they were in the thick of action right from the outset. Marcello Lippi’s team dominated possession and tried to attack from the wings while India tried to stay compact.

India did force a save from the Chinese custodian Yan Junling in the 10th minute. Thapa played in Kotal down the right whose rasping shot was palmed away by the goalkeeper. At the other end, Gao Lin rose the highest in the box before heading a cross straight to the goalkeeper who held on. 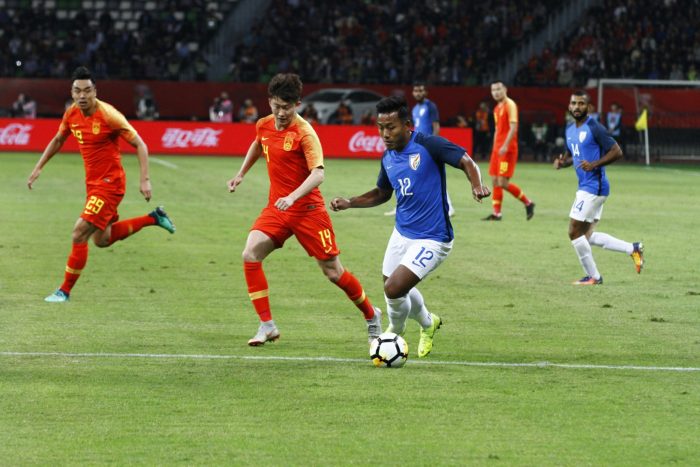 A few minutes later, Gao Lin was played through on a swift counter but his shot was saved brilliantly by Gurpreet, who came out and stuck out his leg to deflect the shot.

Though China enjoyed the lion’s share of possession, they were unable to fashion a clear-cut opportunity as India held fort well.

After the break, China made a flurry of substitutions and started the half brightly. Two minutes into the half, Gurpreet foiled Wu Xi from a tight angle before the woodwork came to India’s rescue.

Xiao Zhi broke away down the right flank before squaring the ball for Gao Lin who smashed his shot against the crossbar, much to the dismay of the home crowd. 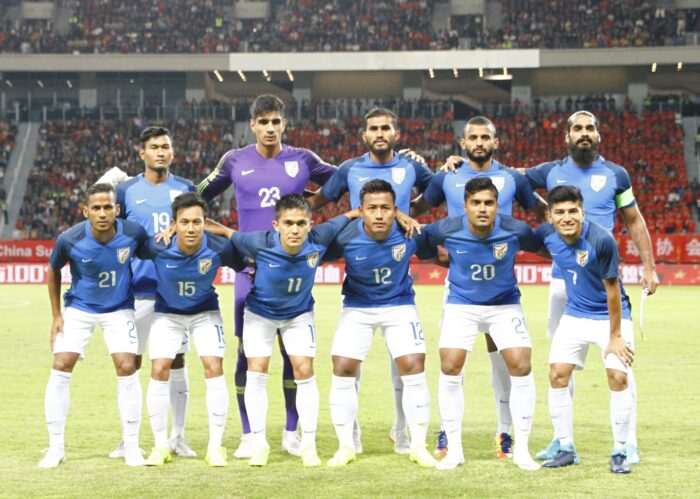 China would end up cursing the crossbar once again in the 71st minute. A cross from the right wing was chested down for Wu Lei by Gao Lin and his volley from close-range thudded back off the horizontal.

There would be no way past a resolute Indian defence for the Chinese forwards. Gurpreet pulled off a diving save off a header from Xiao Zhi before Jhingan, Anas and co. were involved in a goalline tussle to prevent the Chinese from going ahead.

India’s defensive organisation was impressive as Sandesh Jhingan, dispensing his duties as the captain, shone through with his leadership. His partner in central defence, Subhasish Bose, was equally good as the duo marshalled their area well, limiting the chances the Chinese forwards were afforded.

Gurpreet was also an inspirational figure behind them as he pulled off exceptional saves and interceptions throughout the game as China, placed 21 spots above India in the FIFA rankings, found the going tough in the final third.

In fact, India could have pulled off a win had Farukh Chowdhury, who did well to create a chance for himself late on, got a proper shot away.  India didn’t get a win in the end but Constantine would be pleased with this famous draw away in China.

We Are Very Difficult Team To Beat: Constantine