The match is scheduled to be played at the King Abdullah II Stadium in Amman on November 17, 2018. While India had played a goalless draw against China in their last International Friendly in October, Jordan had gone down 1-2 to World Cup runners-up Croatia in their last match. 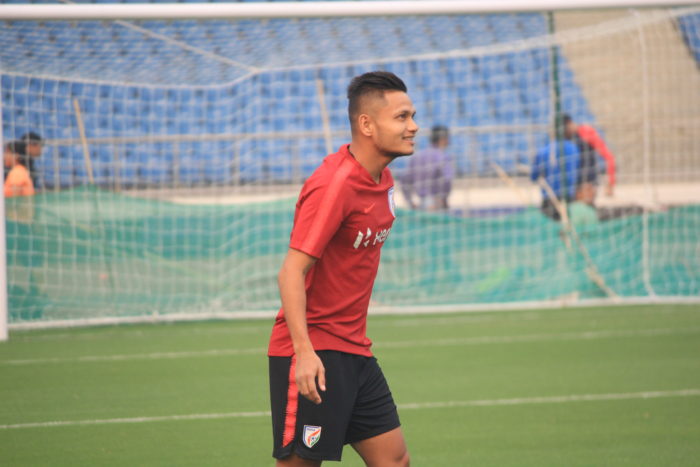 “I feel motivated and confident that I can give my 100% during the camp. We all are here to give our best,” Nishu said on the sidelines of the National Team camp which kicked off on Monday.

Nishu had got a call-up from National Coach Stephen Constantine for the month-long camp in New Delhi before the SAFF Championship in Dhaka. But both he and Udanta Singh were allowed by Constantine to represent their Club in the AFC Cup where they were the sole representative from India at the continental stage.

“I couldn’t come for the camp before the SAFF as we were playing the AFC Cup and some crucial knockout matches were lined-up. I’d like to thank the coach for trusting me once again. We have got three days to get into the groove before the team flies to Jordan,” he uttered.

On being asked how tough it’s to earn the spot in the team, he mentioned: “Everyone is up to grab the opportunity and there’s always a competition amongst us. This only helps us getting better following every training session,” he added. “We’re only less than 2 months away from the Asian Cup and everyone is eager to show his worth on the pitch to steal the opportunity. So am I.”