9
SHARES
89
VIEWS
Share on FacebookShare on Twitter
Goa, October 24: FC Goa surged to the top of the Hero Indian Super League table after a comprehensive 5-0 win over Mumbai City FC at the Jawaharlal Nehru Stadium, Fatorda, on Wednesday.
Star striker Ferran Corominas converted an early penalty (6’) to hand the hosts the lead before second-half strikes from Jackichand Singh (55’), Edu Bedia (61’) made it 3-0. A late brace from Miguel Palanca (84’, 90’) condemned Mumbai City to a heavy defeat.
The game got off to an end-to-end start and Mumbai should have taken the lead when Arnold Issoko scuffed his effort from a corner. From the ensuing counter, Souvik Chakrabarti brought down Coro with a horrendous challenge which left the referee no option but to point to the spot. The former Espanyol striker pulled off a Panenka which bewildered Amrinder Singh and handed Goa the lead.
The visitors had several opportunities to score the equalizer as they won several free headers inside the Goa box but just could not test Nawaz. Goa threatened themselves but Amrinder came to Mumbai’s rescue on occasions.
The floodgates opened in the second session when Seriton Fernandes’ cross into the box was turned into the net by Jackichand who got ahead of Souvik Chakrabarti to make it 2-0.
The Gaurs then added one more to the tally through Bedia’s stunning outside of the foot shot which sailed into the back of the net. 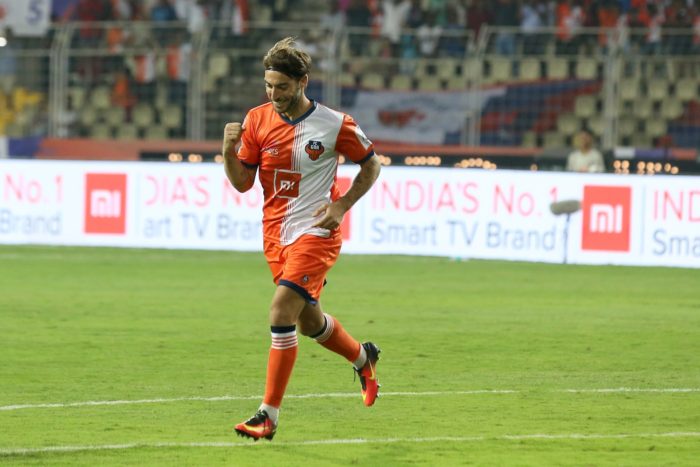 Goa were in cruise control by this time. Miguel Palanca, who came on in the 82nd minute, hammered the final nails in Mumbai City’s coffin with a well-taken brace. First, Palanca took Manvir Singh’s cross in his stride and lifted a finish over substitute goalkeeper Ravi Kumar before sending a left-footed finish past the goalkeeper in the 90th minute after bringing Ahmed Jahouh’s cross from the right wing. 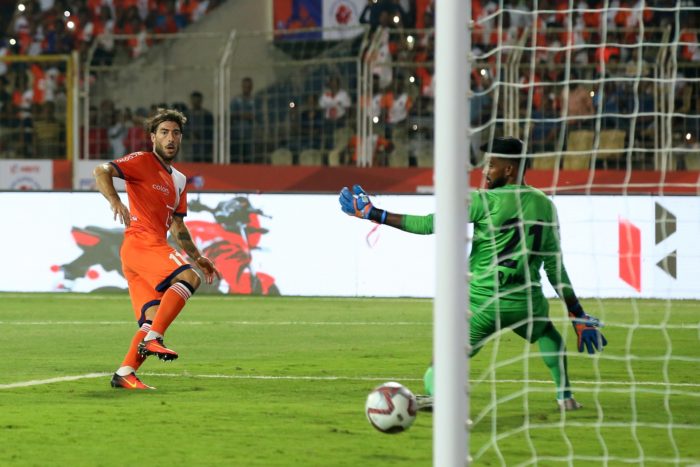 The victory would be proof for Sergio Lobera that his tiki taka ways were producing results. Goa have now scored 10 goals in their first three matches and will next face FC Pune City in the next home game on Sunday.
The win sees Goa climb above Bengaluru FC and NorthEast United on goal difference at the top of the table while Mumbai drop to the seventh spot.
Share9TweetShare