Hockey Haryana make the Final; to play Hockey Jharkhand in the evening . 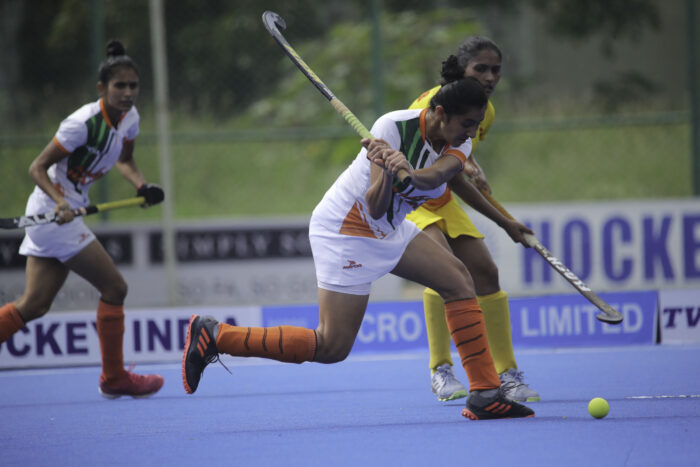 Bengaluru, 23 September 2018: Defending Champions Hockey Haryana scored a comfortable 6-1 win over Hockey Punjab in the Semi Final of the 3rd Hockey India 5-a-side Senior National Championship 2018 (Women) on Sunday. They will play the Final in evening against Hockey Jharkhand.

In the second Semi Final in the morning session, Hockey Maharashtra, who won the Combined format yesterday, lost a closely fought match against Hockey Jharkhand 3-2. Preeti Dubey (7′), and Sanggai Ibemhal (13′) scored for Hockey Maharashtra while for the winning team, Pramila Soreng (10′), Pinki Ekka (15′) and Birajini Ekka (18′) scored a goal each.