Ajay Thakur showed immense fitness levels to show his raiding prowess to break through the opposition defense. Vishal Mane was the fittest player on the mat as he contained Thalaiva raiders.

Dabang Delhi continued fine home form as they beat Tamil Thalaivas 37-33 in Inter Zone Challenge Week of Vivo Pro Kabaddi Season 6. Meraj Sheykh scored 9 points while Vishal Mane got a high five for Delhi. Ajay Thakur had a stellar game for Thalaivas as he scored 14 points, but it wasn’t enough.

The first half of the match saw Delhi take advantage of weak Thalaivas defense. Meraj Sheykh picked up raid points at regular intervals to keep Delhi in front. 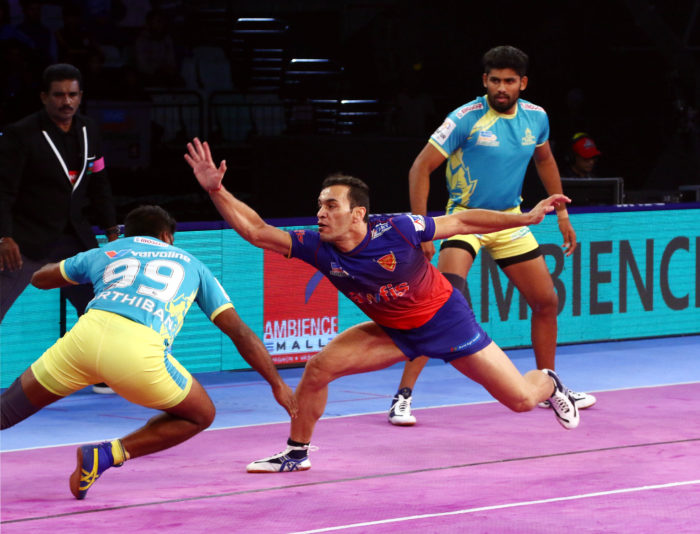 Every time Dabang Delhi threatened to go ahead Ajay Thakur kept Thalaivas alive with a stupendous raid performance. In the second half Sukesh Hegde supported Thakur but Thalaivas defense let them down.