NEW DELHI, 29th October 2018: India U-15 boys advanced to the semi-finals of the SAFF U-15 Championship in Kathmandu when they blanked Bhutan 4-0 in their last Group league match played at the ANFA Complex in Kathmandu on Monday (October 29, 2018).

For India, Shubho Paul scored a brace while Subba Kushang and Xalxo Aman scored one apiece. India led 1-0 at half-time.

The Indians were off to the perfect start as the first goal came as early as the 4th minute when Shubho converted from the spot – placing it to the right of the rival Goalkeeper Gyeltshen Dorji. 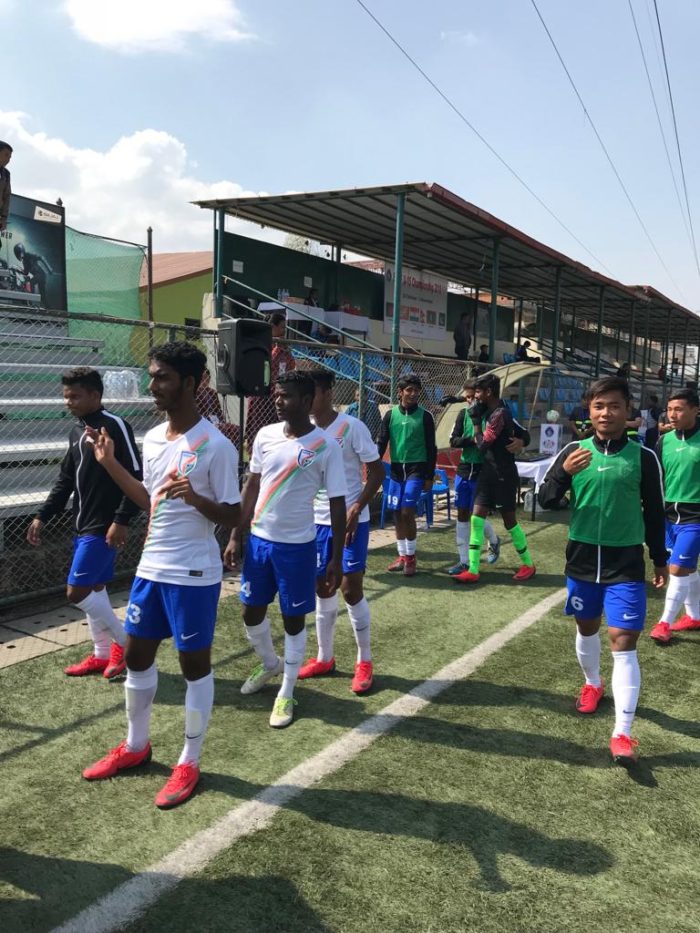 The Indian boys stayed patient as the rivals did manage to sneak into the Indian box on a couple of occasions, especially immediately after resumption.

Their perseverance soon paid dividends as the second goal came in the 66th minute, and it was all wrapped in individual brilliance. Receiving a loose ball in his own half, the irrepressible Subba ran past the entire rival defence, dribbled past three, entered the box and placed into the far corner.

The third goal came in the 83rd minute as Shubho completed his brace. It was a build-up which started in India’s half and after some casual exchanges, Shubho followed up a vicious long ball, sped past all and put it in.

Aman completed the rout in the 89th minute when he tapped into an empty net after the rival goalkeeper had misread a Harsh Patre free-kick.