9
SHARES
104
VIEWS
Share on FacebookShare on Twitter
Goa, December 13: The battle for the Hero Indian Super League (ISL) Golden Boot will heat up this Friday as FC Goa tackle NorthEast United FC at the Jawaharlal Nehru Stadium, Goa, on Friday.
Ferran Corominas, who has eight goals and five assists to his name, will look to nudge ahead of NorthEast striker Bartholomew Ogbeche, who has scored eight goals as well.
“Coro is an important player for us, not just because he has scored eight goals but also because he has five assists. If you look at the list of players who have scored goals and assisted in that manner, I don’t think there are many,” said FC Goa head coach Sergio Lobera.
Interestingly, both these strikers haven’t been among goals in their last three outings which has affected their teams a bit.
Both FC Goa and NorthEast United are winless in their last three matches.
“Fundamentally, we haven’t been scoring a lot of goals (in the last few games). We need to learn and improve from our mistakes and it needs to serve us a lesson for the rest of our games,” said Goa’s Spanish coach.
Despite this, FC Goa are still the top scorers of the ISL this season with 22 goals. NorthEast haven’t been as prolific but their goal difference is the same as that of their opponents – six.
Lobera will press upon the fact that his side needs to take the lead which will put pressure on NorthEast to come out of their shell and take the game to the opposition.
It must be noted that in each of the four games Goa have dropped points, they have conceded the first goal and struggled to find their way back into the tie. They need to overcome this slump and get back to winning ways.
NorthEast are unbeaten in their five away games and only dropped two points from a possible 15 on the road. The Highlanders are also miserly at the back with only nine leaked in and it will be interesting to see how they hold up against the high pressing Goa.
“I have my own problems. We started the season with 22 players but at the moment I have 17. From 17, (the fitness of) two is questionable. We played five games in the last week and from that we suffered injuries,” said head coach Eelco Schattorie. 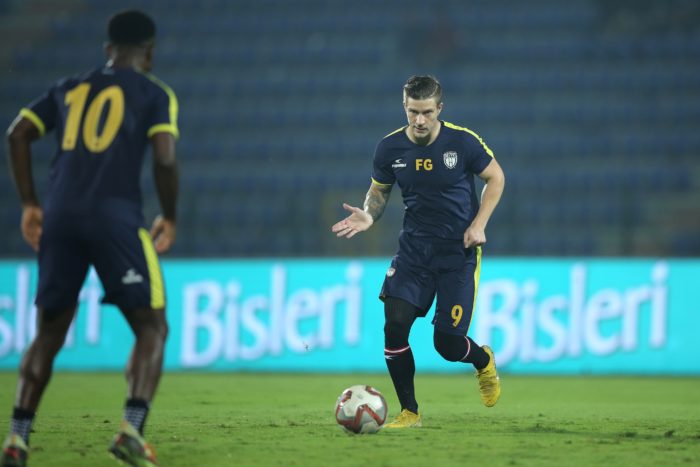 “At the same time, Goa lost their playmaker (Jahouh) and I’m happy with that. Also, they lost their last game, which puts them under pressure but I’m more worried looking at our team,” Schattorie added.
Rowllin Borges will have a crucial role to play in midfield as he returns to his old stomping ground. The midfielder has quickly established himself as one of the mainstays of the NorthEast contingent.
Will Goa go all out and chase a victory before the international break, or can Schattorie’s troops emerge victorious?
Share9TweetShare