Battle Of The Attackers As Pune Face Bengaluru

Pune, October 21: FC Pune City could find the going tough as they hunt for their first win in the Hero Indian Super League (ISL).
The Stallions are languishing in the ninth spot in the table after picking up just a solitary point from their first two games played away. They now return home, and it’s going to be another herculean task against Bengaluru FC at the Shree Shiv Chhatrapati Sports Complex Stadium, Pune, on Monday. 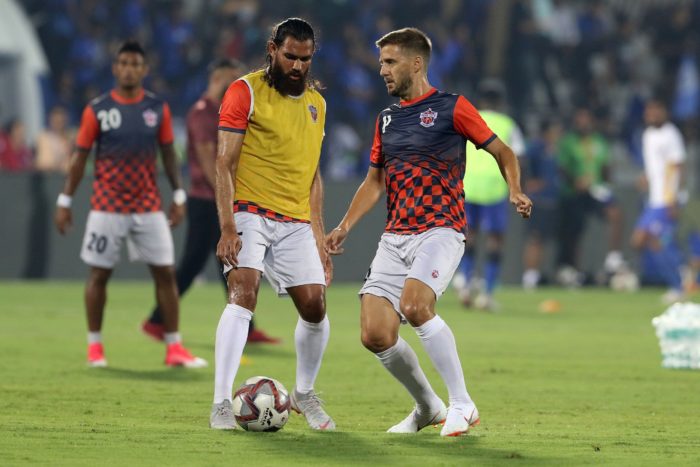 “I think Bengaluru FC is the best team in India. They are playing the second season with almost the same players. They have changed only two-three players. That is very important. Albert Roca has gone but Carles Cuadrat is the same. It is important to follow a continuous philosophy,” said Pune coach Miguel Angel Portugal.
A win against Bengaluru, which they desperately need, will not just be Pune’s first of the season, but also their maiden victory over the opposition to whom they bowed out in last edition’s playoffs.
“We are preparing the match very well. We know their strengths and weaknesses very well. We have our ideas and we know the plan how to pick up a win,” said Portugal.

The Spanish coach will look towards his key attackers Emiliano Alfaro and Marcelinho to provide the spark in the clash against last season’s runner-up. A lack of goals has been Pune’s undoing in the current campaign with two games yielding only one of them. They have had 21 attempts on goal but remain the most wasteful among all 10 teams with a conversion rate of only 4.76 per cent.
Bengaluru FC had a smashing debut campaign in the league last season but their start under new coach Carles Cuadrat has not been entirely convincing. While Bengaluru did notch an impressive victory over defending champions Chennaiyin FC in their campaign opener, they were held at home by Jamshedpur FC.
Back on the road, Bengaluru will look to continue their impressive away form from last season where they won seven out of nine matches.
“Games against Pune City have always been tough and I expect nothing different this time around. I met Miguel (Portugal) during our course to renew our UEFA licenses in Madrid two weeks ago and he mentioned how pleased he was with the attacking options he has at his disposal. They will look to turn a corner against us and we need to be cautious enough,” said Cuadrat.

Cuadrat has at his disposal one of the most lethal pairings in the league in the form of Miku and Sunil Chhetri. Both men have already registered a goal each in the new campaign and they will be licking their lips in anticipation in what will be a clash against their ‘favourite’ opposition.
In the four matches against Pune last season, the duo scored a combined seven goals which is the most against a single opponent.
It should make for a tasty battle between two enterprising sides.
Tags: Bengaluru FCBFCFC Pune CityfcpcHero ISLIndian Footballindian super leagueISL
0Likes
Leave a comment