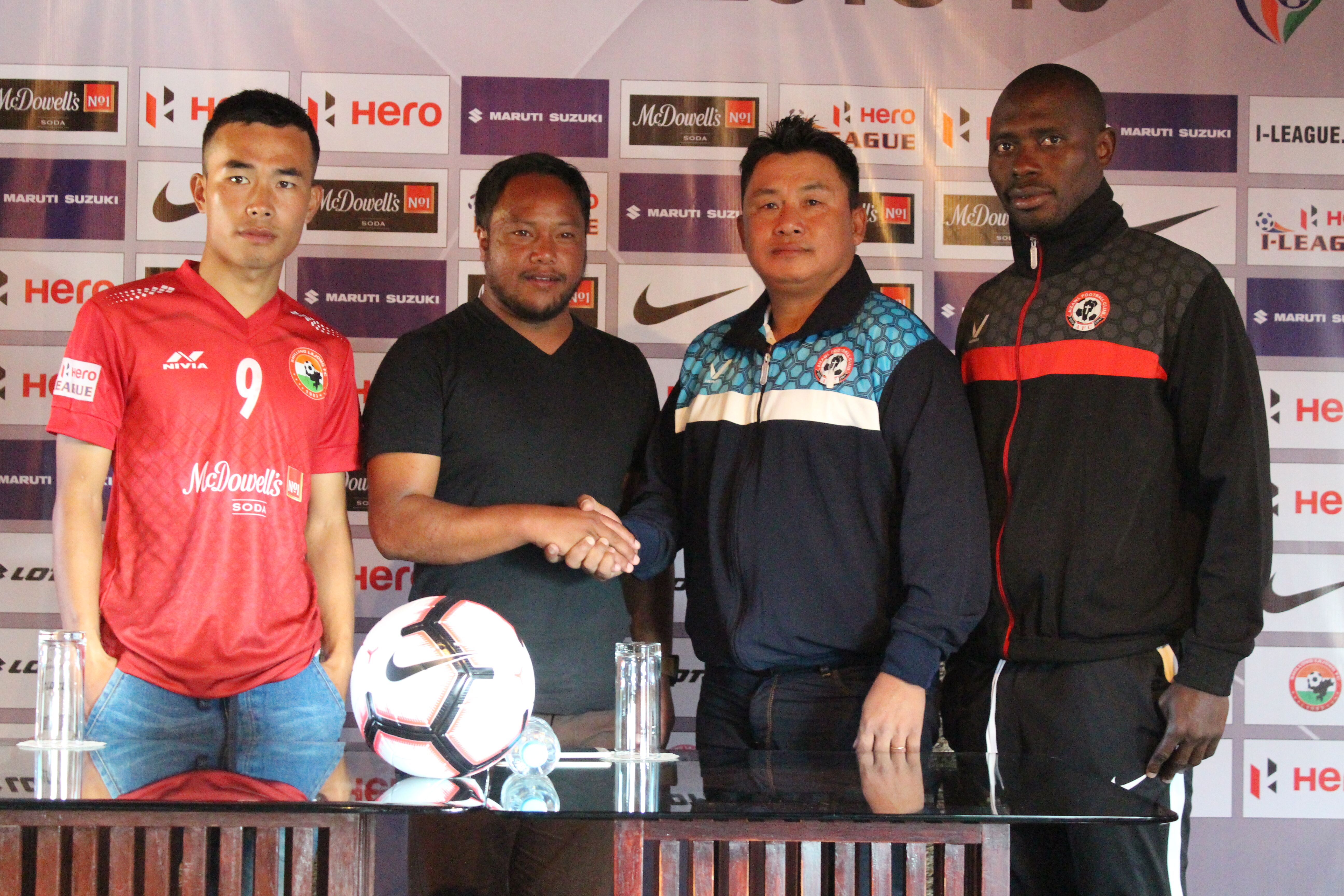 Billed as the season’s first North East Derby, the hosts go into the game with a better head to head record, having won three matches to Aizawl’s one in the six encounters they have had so far. Two games have ended in stalemates. Shillong go into their 12th Hero I-League campaign as the only team other than the Indian Arrows to not have any foreigners in their squad and as such will be up against it against a strong on paper Aizawl FC squad.

The home team has Alison Kharsyntiew in the saddle since last year and it is certainly an advantage as he has been with their academy setup for long and it will be the boys he has trained over the years who will be the cornerstones of the Shillong campaign this year. Shillong will be led on the field by exciting 20-year old midfielder Samuel Lalmuanpuia. He had a wonderful season last year with some fine displays and has scored seven goals so far in what will be his third I-League stint with Lajong.

Kenstar Kharsong and Rakesh Pradhan will lead the Shillong defence, both bringing in the experience of having been a part of Shillong’s I-League campaign last year. In the midfield, captain Samuel will look to Samuel Lyngdoh and F. Lalrohlua for support while in attack youngsters like Parvaj Bhuiya and Donboklang Lyngdoh will shoulder the responsibility, having come up the academy ranks. Neithovilie Chalieu will hold fort in the Shillong goal.

Coach Alison sharing his thoughts on the eve of the match said, “First game is always important. The Northeast derby has always been special. We have been training hard for this game and the players are ready to perform. It’s a good decision by the club to go with Indian players only and it is a great opportunity for the youngsters. So this season is a big test and a big challenge for us. We will be playing attacking football and the goal is to finish in the top six.”

Captain Samuel appeared confident as well saying, “My personal goal for this season is to take my team as high as possible and also to score and assist as much as I can. There is no pressure on me or my teammates. Not having foreign players is not a disadvantage as we are young, full of energy and we are united. We will take one game at a time and give our best in every match.”

Former champions Aizawl have managed to rope in last season’s best performing coach Gift Raikhan from the ranks of Manipur’s Neroca. In Benin’s Zikahi Dodoz and Liberia’s Ansumanah Kromah he will have some proven goal scorers up front to begin the season with. The impressive David Lalrinmuana will lead the midfield and will be assisted by the rock-solid Alfred Jaryan in a holding role and Kyrgyztan’s Bektur Talgat. Nigerian wing back Kareem Nurain is also a proven performer and has a knack of scoring goals, which should hold Aizawl and coach Gift in good stead while goalie Gurpreet Singh should provide them added comfort.

Coach Gift Raikhan was his usual upbeat self on match day eve disclosing, “The team is really good shape now. With the state league still going, we have to work hard because being the best in both the state and the country is what we aim and want. The foreigners have blended pretty well, they are all in good form and shape and also coped up with the local players very well. I am hoping for the best.”

Team captain Alfred Jaryan also oozed confidence saying, “My expectations from the squad is really higher this season. With some experienced and good players we have in our ranks the team will do better. But we need to keep the team spirit high and fight each match we play.”