Webinar On Menstrual Cycle And Performance For Coaches, Athletes And Parents

The Birth of Indian Test Cricket

by Sportz Dose
in Sports
0 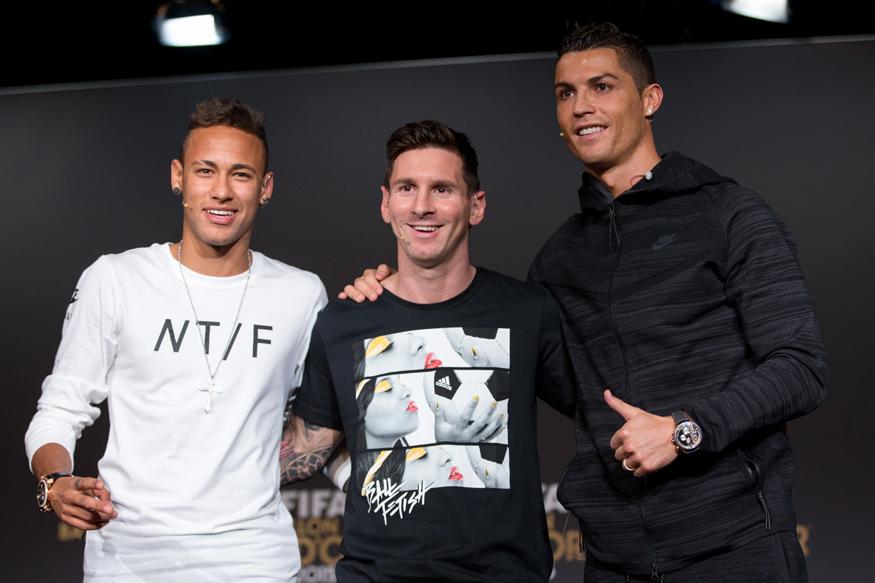 Dubai: Neymar is ready to assume the mantle of the world’s best player and is now the equal of Lionel Messi and Cristiano Ronaldo, according to Brazil great Ronaldinho.

After a slow start to the current season, Neymar has struck a rich vein of form in recent weeks, culminating with a decisive performance in Barcelona’s 6-1 Champions League victory over Paris Saint-Germain last week, reports Xinhua news agency.

“Neymar is a close friend and he is Brazil’s greatest idol today,” Ronaldinho told reporters.

“He’s already at the same level as (Cristiano) Ronaldo and Messi and we hope that one day he can get the Ballon d’Or and continue his success, but he’s already one of the best players in the world and it’s just a matter of time.”

Neymar was third in the 2015 Ballon d’Or and has already been tipped by Messi and Brazil legend Pele to be a future winner.

Despite scoring fewer goals this season than his previous two campaigns at the Camp Nou, Neymar has been no less important.

Ronaldinho, twice voted FIFA World Player of the Year during his 2003-08 spell at Barcelona, said he was looking forward to representing the Catalan club again in a legends match against Real Madrid next month.

“I’m not playing professionally right now, but I’m always ready to play — especially in a game like that,” the 36-year-old World Cup winner said.

Webinar On Menstrual Cycle And Performance For Coaches, Athletes And Parents

The Birth of Indian Test Cricket