The home kit is in a solid orange colour with lighter shade in the back (home) while away kit is a mix of grey & white in SIX5SIX’s engineered lightweight and breathable material. The distinctive mixed stripes in shades of orange, white and grey on the front reveal a shield depicting strength at the core of the team’s new armour. 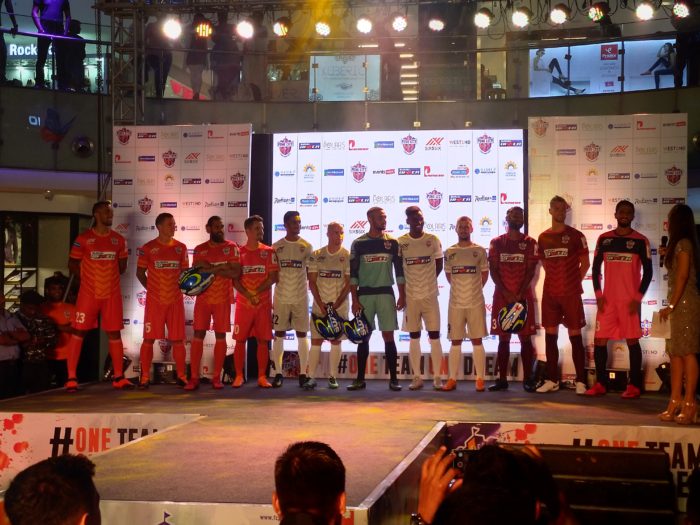 FC Pune City CEO Gaurav Modwel said that after a historic season last year the new look of the kit reflects the club’s fresh approach this season. “The 2018-19 season’s kit has a brand-new look with solid shades of orange depicting our passion and a design that symbolizes energy, stability and power. These designs are an extension of our philosophy and second skin to the team. I am hoping the fans will embrace this and bring the new colours to stadium. And this wouldn’t have been possible without the backing of our official kit partners SIX5SIX in designing and bringing to life the look and fit that we only had envisioned for FC Pune City.”

Speaking about the association, Ambar Aneja, CEO SIX5SIX said, “We are thrilled to be associated with FC Pune City for the upcoming season. The new kit was engineered keeping in mind the core philosophy and brand history of the club. While the design is completely distinct from what it has been in past, it still is connected back to the roots of the club and the very state it represents. The material used will ensure that it maximises players’ performance and also showcases our expertise in creating sports gear for a team brimming with top-notch talent.”

In their second year of being the lead sponsor of FC Pune City, Sajeev Rajasekharan, EVP Suzuki Motorcycle India Pvt. Ltd. said, ‘Suzuki Gixxer is happy to be associated with FC Pune team for a year now. We wish the team all the luck and success for the upcoming season. At Suzuki Motorcycles India, we strongly believe in the power of youth and look forward to many more years of association with the team. With the spirit of sportiness, excitement and youthfulness we hope that the New Jersey pumps in more energy, enthusiasm resulting in great victories for the team.”

Hosting the jersey launch event, Shashank Pathak, CEO & Executive Director, WestEnd Mall said, “We are delighted to be associated with Pune’s home team, FC Pune City. At Westend Mall, we have always tried to push the envelope and do things which are relevant and appealing to our audience. Over the last couple of years, both Westend Mall and FC Pune City have seen a surge in their loyal fanbase. As official Mall Partners, we present an opportunity for our patrons to meet with their favourite footballers from FC Pune City. There will be several contests which we shall host on Social Media, winners shall get to watch the team play live at their home ground.”

Navroze D Dhondy, Founder and Managing Director, Creatigies Communications Pvt Ltd. said, “Continuity is always a hallmark of successful partnerships, and we at Creatigies are delighted to see Suzuki Motorcycles continue the Principal Sponsorship of FC Pune City for the upcoming season. The year gone by was a reflection of the way both the Suzuki Motorcycles and FCPC leveraged this association, creating value for each other, leading to a more dynamic and integrated partnership ahead.”