12
SHARES
76
VIEWS
Share on FacebookShare on Twitter
Guwahati, October 24: NorthEast United FC will hope to continue their resurgence under head coach Eelco Schattorie when they host Jamshedpur FC in a Hero Indian Super League 2018 clash at the Indira Gandhi Athletic Stadium in Guwahati on Thursday. 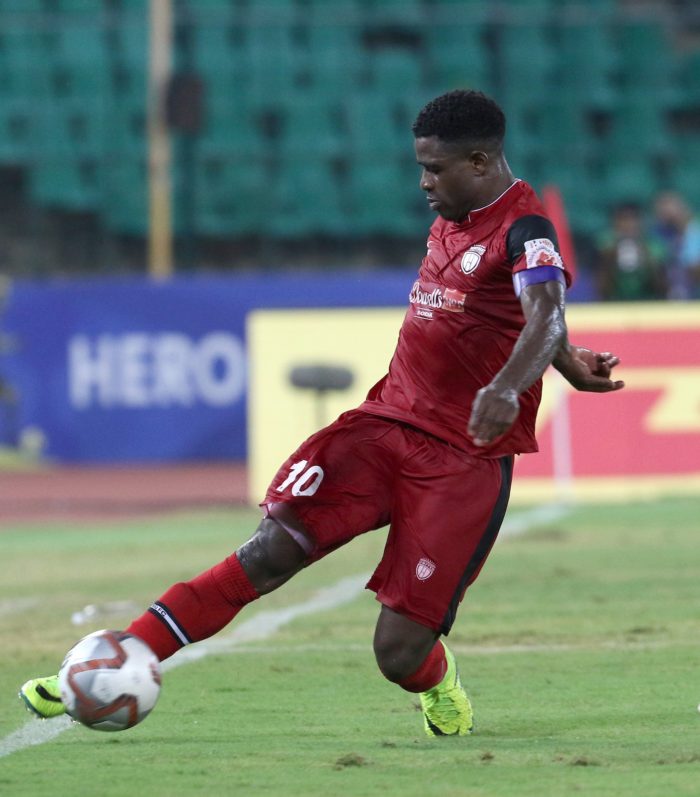 Schattorie’s men did well to hold FC Goa 2-2 in their opening match at home before notching up an impressive solitary goal win over 10-man ATK in Kolkata. They then made heads turn with their sensational comeback to defeat defending champions Chennaiyin FC 4-3 in their own den.
Nigerian forward Bartholomew Ogbeche will be the biggest threat to Jamshedpur, having scored four goals already, including a stunning hat-trick against Chennaiyin.
Uruguayan Federico Gallego is another attack-minded signing who has looked impressive so far. Rowllin Borges has put in vital performances in midfield as well, contributing two winners in two games.
“I always like to be organised and stay compact. That has worked pretty well. But all those goals we conceded are from individual mistakes and we have to work on that. As long as we score one more than the opponent, I don’t care,” said confident Schattorie, whose defence will be tested by Jamshedpur’s attack.
Jamshedpur’s start to the season was steady with a 2-0 away victory against Mumbai City followed by draws against Bengaluru FC and ATK.
Under Cesar Ferrando, the Spanish revolution is well and truly underway at Jamshedpur with Mario Arques being the standout addition so far.
Sergio Cidoncha, another Spaniard, has been a bright spark in attack too with the forward bagging two goals already. Indian wingers Michael Soosairaj and Jerry Mawihmingthanga have caught the eye as well.
“From the first day until today, all the Indian players in my squad are improving. Jerry and Michael Soosairaj are good players, they are working but they have to improve,” said Ferrando.
“Sometimes they run a lot. You have to understand (in) football that sometimes you have to run and sometimes slow down. It is important to know when you have to run and when you have to stop,” he added.
What Ferrando will want on Thursday is for marquee signing Tim Cahill to get off the mark.
NorthEast will miss the services of Keegan Pereira, Simranjit Singh and Kivi Zhimomi due to injury concerns.  But the Highlanders will be up for the battle against the Men of Steel with the victors set to go top of the table.
Share12TweetShare