The 10th game of the season is scheduled for a 5 PM kick-off. The hosts hold a 3-1 overall win-loss record against Aizawl going into the game with one game ending in a stalemate. In the Hero I-League too Mohun Bagan are ahead 2-1 with the sole draw between the two sides also coming in the last edition of the Hero I-League.

The Kolkata side will also feel bolstered by the return of Haitian winger Sony Norde and Japanese midfielder Yuta Kinowaki to the squad. They will have to be more compact in defence though, with S. Rajesh in particular in their opening encounter against Gokulam Kerala FC, exposing quite a few chinks in their defensive armour. 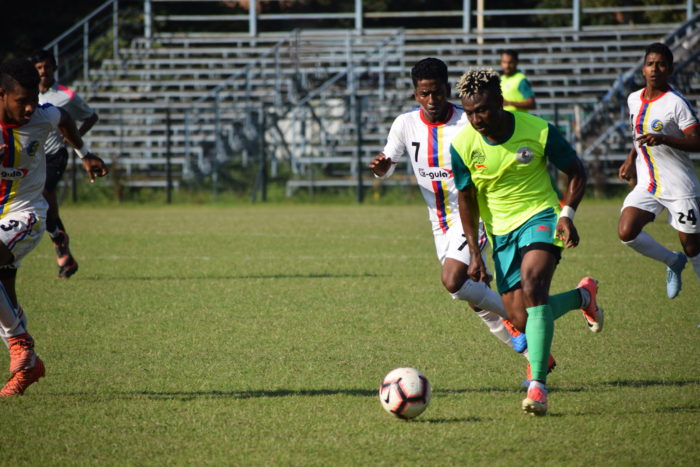 Coach Sankarlal Chakraborty however, exercised the customary caution in the pre-game press chat saying, “Aizawl have a strong attacking line-up. Moreover, when teams play against Mohun Bagan they have an urge to do something more. They have variation in attack. Also, Gift is an award-winning coach. So it will be a tough game.”

The strong attacking line-up and variation that Sankarlal was referring to the three-man forward line which the visitors boast consisting of Ivorian Zikahi Dodoz, Liberian Ansumanah Kromah and F. Lalremsanga who had a very good game in Aizawl’s opening game against Shillong Lajong. The three are backed up very well by wingers Paul and Isak with Liberian midfield rock Alfred Jaryan holding the fort in the centre.

Aizawl coach Gift Raikhan sounded confident sharing his thoughts in the presser when he said, “Mohun Bagan is a good team and we respect them. We have experienced players who have played I-League for four to five years. They are confident for tomorrow. We have faced Mohun Bagan before, so its nothing new for us but yes, it is challenging to win the game tomorrow and we are prepared for it.”

The match will kick-off at 5 PM and it’ll be telecast live on Star Sports 3 and streamed live on Hotstar and Jio TV.