ATK Leave Pune With Too Much To Do

ATK Leave Pune With Too Much To Do

10
SHARES
70
VIEWS
Share on FacebookShare on Twitter
Kolkata, November 10: ATK handed bottom-placed FC Pune City a 1-0 defeat in an intense Hero Indian Super League (ISL) 2018 clash at the Vivekananda Yuba Bharati Krirangan stadium (Salt Lake Stadium) here on Saturday.
Brazilian defender Gerson scored the winner in the 82nd minute to hand his side a first home win of the season while Pune slumped to their fifth. The three points push ATK to the sixth spot with 10 points from seven games, while Pune, with just two points from 7 matches, will be wondering if there is a way back for them in the competition. 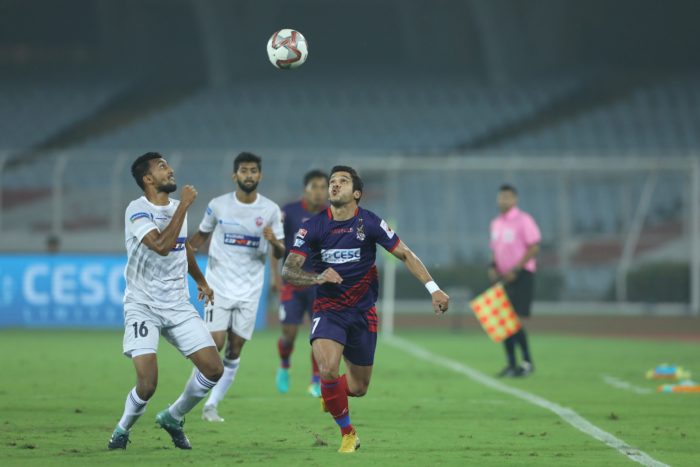 ATK started the match brightly against Pune City, who fielded eight Indian players and just three foreign players. Pronay Halder was the first to force Pune goalkeeper Kamaljit Singh into a save with a long ranger in the second minute. Manuel Lanzarote then had the Pune goalkeeper on tenterhooks as he floated a free-kick agonisingly wide.
The Kolkata-side maintained their dominance and almost took the lead when Gerson won a free-kick on the edge of the box in the 17th minute. Lanzarote’s curler, however, struck the woodwork, much to the home side’s disbelief.
Pune City were very much on the back foot for the rest of the first half as well. Balwant Singh stung the palms of Kamaljit before Lanzarote curled another freekick just wide of the goal at the stroke of half-time.
The second half started on the same note with ATK passing the ball around to try and unlock the Pune defence while the visitors were playing on the counter. 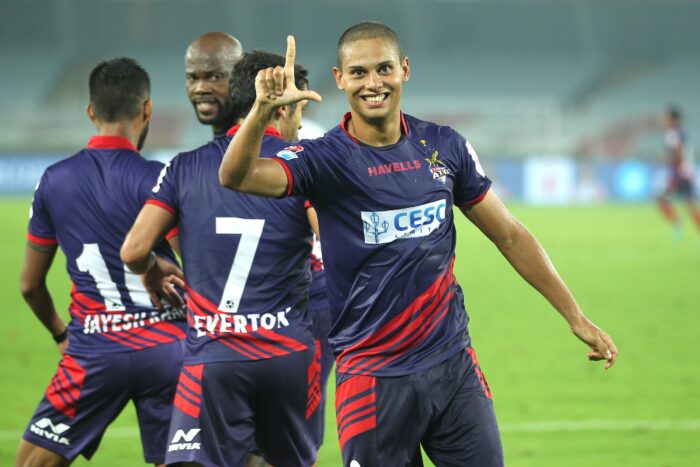 One such counter saw Robin Singh set up Nikhil Poojari from the left wing but the latter’s shot was kept out by an alert Arindam Bhattacharya.
ATK’s frustration was growing at the other end as Komal Thatal’s cross fell for Balwant who set up Lanzarote. But the Spaniard’s lazy attempt from inside the box was blocked away. In the 75th minute, Kamaljit did his team no favours by misjudging Lanzarote’s corner. Balwant kept it in and after a mad scramble, Everton Santos blazed it over from close range.
ATK’s persistence was finally rewarded in the 82nd minute when Lanzarote found Jayesh Rane with space down the right with a lovely backheel. The substitute’s cross into the six-yard box was glanced in by Gerson who had made the foray forward from defence.
That would turn out to be the match-winner as ATK held on to the lead comfortably for a morale-boosting win.
Share10TweetShare