Kolkata, 9 November 2018: Steve Coppell led ATK find itself at a realistic opportunity to bounce back in the competition as they play host to a possibly depleted FC Pune City at Vivekananda Yuba Bharati Krirangan in Kolkata on Saturday.

Pune City are facing the worst ever campaign in Hero Indian Super League 2018, currently placed at the bottom of the table with just 2 points with no end to their agony. Yet to taste a win in the season, interim coach Pradyum Reddy is desperate for three points. However, Pune are now faced another challenge in having to deal with two key players Diego Carlos and Marcelinho’s suspensions. To add to this, Marko Stankovic is nursing an injury.

“We are missing three foreign players and if you see we have had six different goal-scorers this season. And we will be missing three of them tomorrow. Ours is not the ideal situation to be in,” Reddy assessed.

“I think in a normal situation, we would have been happy with a point but given our position in the league, we have to go for the three points. We need to have a positive outlook and try to get three points as that would not only allow us to move forward,” he added.

But ATK coach Steve Coppell does not expect an easy game against the Stallions.

ATK themselves will miss striker Kalu Uche who is expected to be out till Christmas after picking up a grade three muscle tear.

Coppell’s ATK are seventh on the table, with two wins from their six matches so far. All the goals scored by the Kolkata-based club but one has come in the first half of matches and Pune will do well to keep things tight at the back right from the off. 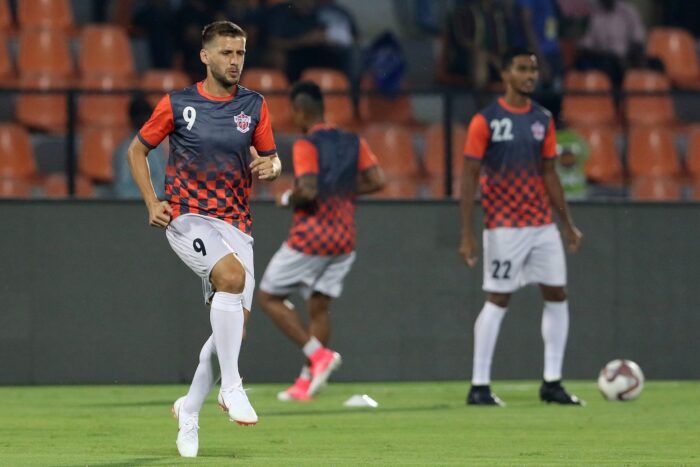 Defending has been a concern for Reddy’s men. They have conceded nine goals in their last three games. Matt Mills and Gurtej Singh will need to be on high alert against an ATK side which is expected to punish turnovers with quick counter-attacks.

Pune succumbed to a second-half show by Chennaiyin in their last game despite taking the lead early into the game. Fitness levels of the Pune players will be put to the test in Kolkata as ATK will be looking to pounce on such a drop in energy levels late in the second half.

Youngster Komal Thatal has impressed from the flanks and it was his debut goal that gave ATK the lead against Bengaluru FC in their last game. However goals just before and after the break by the Blues left the hosts pointless at the end of the match.

ATK will be looking to put Pune’s resilience and fight to the test and although Pune City will be without the services of their star striker, they will want nothing more than to bring their winless streak to an end and get their season rolling.