Thailand, 24th OCTOBER 2018: The India U-19 Women’s team completed a mammoth victory over Pakistan, as they pumped 18 goals past their neighbours in their opening match of the first round of the AFC U-19 Women’s Championship Qualifiers on Wednesday (October 24, 2018). 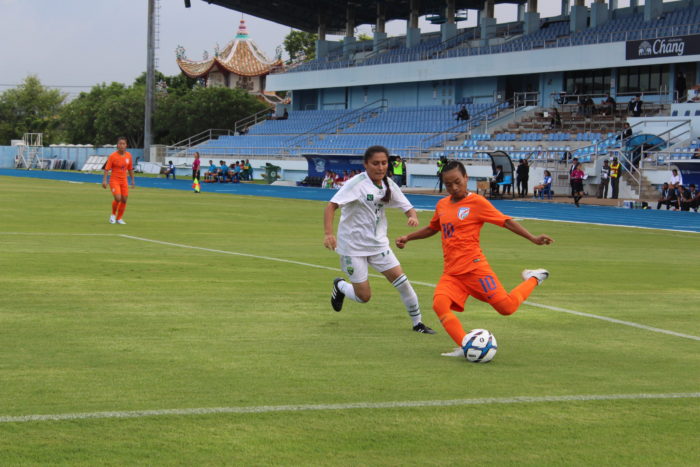 Renu turned in a five-star performance, as she put five past the Pakistan keeper, all in the second half, to help India earn a massive win.

The Indians got on the game right from kick-off and maintained the intensity on their opponents right through the match, as they took the scoreline well into double figures.

Manisha opened the scoring in the second minute after a melee inside the box saw her end up with some space from close range as she pulled the trigger.

This goal opened the proverbial floodgates, as Manisha scored another (25’), while Devneta also netted twice (9’ and 25’). Daya Devi also got in on the act, scoring in the 27th minute. Meanwhile, Pakistan goalkeeper Eman Fayyaz scored an own goal, to round off the first 30 minutes. 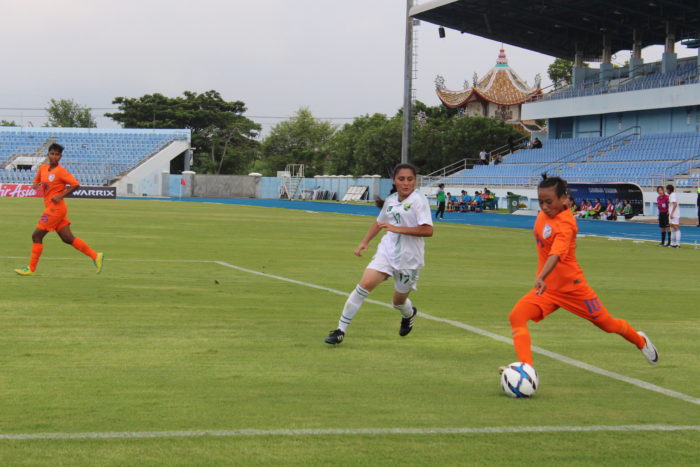 The Indian girls picked up right where they left off, as Manisha and Daya Devi scored two more right after the kickoff. Renu produced a five-star performance, as she scored five goals after coming on in the second half. Her supreme form meant that coach Alex Ambrose decided to push Devneta Roy back into the hole while Renu led the line.

“It was a great result for us. This kind of a win gives a lot of boost to our girls, and hopefully, we can go ahead and do better in the next game as well,” said India head coach Alex Ambrose after the match. 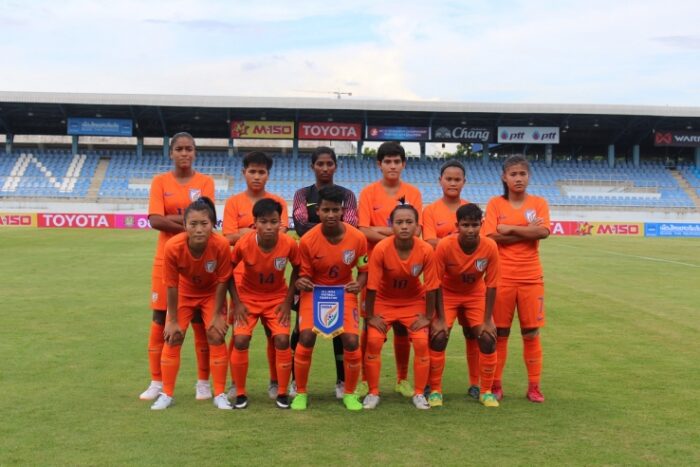 Meanwhile, Pakistan gaffer Mohammad Siddique Sheikh opined that it is a learning curve for Pakistan, as their players were on the pitch for the first time after a long gap.

“We were banned by FIFA for three and a half years. So we played absolutely no football back then. Indiahave already started an impressive development of their women’s game. We are just starting out on that front. It will take time, but we have to treat this as a learning experience,” he said.

Bengaluru Bulls Home Leg Matches To Be Held In Pune