12
SHARES
94
VIEWS
Share on FacebookShare on Twitter
New Delhi, October 29: NorthEast United FC coach Eelco Schattorie has sparked a war of words with his Delhi Dynamos counterpart after claiming that he would have ensured a top three spot for the strugglers, if he was in charge.
Delhi Dynamos are languishing in the eighth position with just three points from their first five matches. They are still without a win, and Schattorie couldn’t resist taking a dig at the coach ahead of the Hero Indian Super League 2018 encounter at the Jawaharlal Nehru stadium here on Tuesday.
“It is going to be a very difficult game. Delhi, with the team they have, being low on the table surprises me. I would even dare to say that if I had this team, we will play (be in) top three. It sounds arrogant (I know),” said Schattorie. 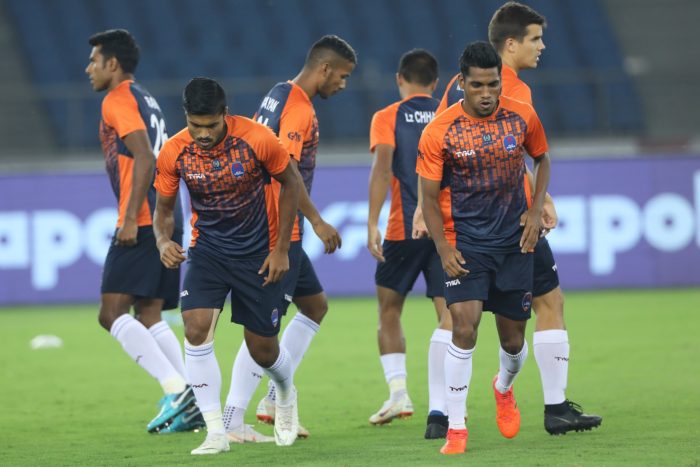 Schattorie has done well with NorthEast United so far after accumulating eight points from the first four games. They have notched two wins and two draws and sit second, just below league leaders FC Goa.
The comments from the NorthEast coach didn’t go down well with Delhi coach Josep Gombau, who reacted sharply.
“NorthEast coach needs to focus on his team and not mine. He doesn’t need to make such remarks,” said Gombau.
One of the factors behind NorthEast’s second-best ever start to an ISL season has been the combination between star striker Bartholomew Ogbeche and attacking midfielder Federico Gallego. Ogbeche has already scored five goals while Gallego has contributed a league-high of three assists. Shackling the duo will be a huge challenge for Delhi’s defence.
The pair of Rowllin Borges and Jose Leudo have been quietly impressive in midfield. But an area of concern for them will be the absence of central defender Mislav Komorski who was shown a red card in the previous match against Jamshedpur FC.
Delhi’s attack, which has been profligate to say the least, will hope to take advantage of Komorski’s absence, even though they need to sharpen their attacking arsenal.
“In Mumbai, we lost but we had 20 shots on goal and just six on target. We had 19 crosses, we had more than 400 passes, 555 touches, 58 per cent possession. Everything is there but the most important thing is to score goals,” said Gombau.
“We lack confidence because when you have so many chances and don’t score, it affects the team. But I hope we will be strong tomorrow,” he added.
After the Dutchman’s claims, Gombau will want nothing more than a win over NorthEast United and prove him wrong on Tuesday.
Share12TweetShare

Kerala Rally To Hold Jamshedpur In Tale Of Two Halves