In the much-anticipated Mahrashtra derby, Puneri Paltan and U Mumba played out a scintillating tie in the second match of Vivo Pro Kabaddi Season VI. It was 32-32 in the end as Puneri Paltan came back in the last seconds to tie the match. Siddharth Desai scored 14 raid points for U Mumba whereas Nitin Tomar scored 15 points for Puneri Paltan. 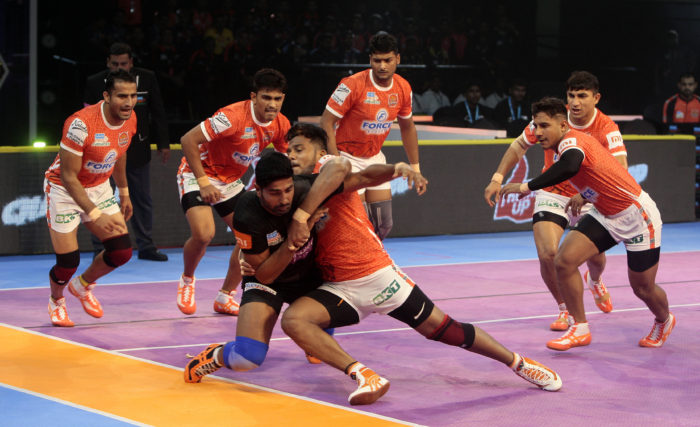 Siddharth Desai started in fine raiding form for U Mumba as did Nitin Tomar for Puneri Patan as it was 4-4 after four minutes. It was a closely-contested first half with both teams trading raid points. They were evenly matched and Desai and Nitin Tomar kept the raids going for their teams.

Puneri Paltan forced a super tackle in the 12th minute to lead 11-10. Siddharth Desai scored with a two-point raid in the 15th minute to give U Mumba 13-11 lead. U Mumba inflicted the first all out of the match to lead 17-14 after 16 minutes.

Both teams were evenly matched in the first half and U Mumba went into the break holding a slender two-point lead. It was 20-18 in U Mumba’s favour at the end of the first half.

Siddharth Desai scored a super raid to give U Mumba 25-21 lead after 24 minutes. Nitin Tomar continued to get raid points for Puneri Paltan and achieved a super 10 in the second half.

For U Mumba the bulk of scoring came from Siddharth Desai whereas the experienced duo of Fazel Atrachali and Dharmaraj Cherlathan got tackle points. 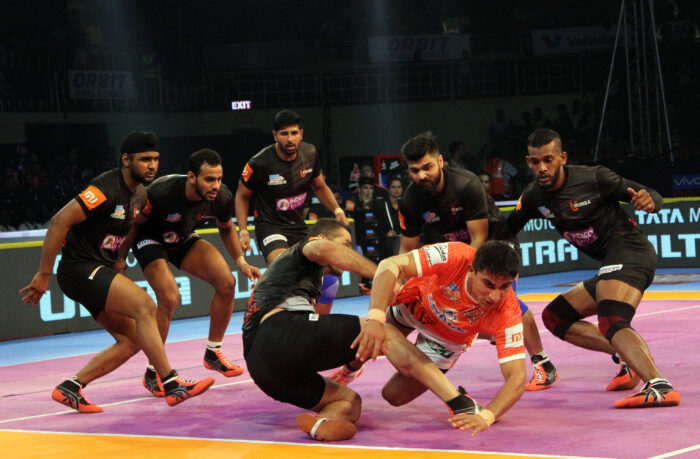 It was anyone’s match till the last few minutes with U Mumba leading 31-29 with just under two minutes left on the clock. Dharmaraj Cheralathan came up a great tackle in the 40th minute as he sent Nitin Tomar to the bench. U Mumba led 32-30.

Puneri Paltan scored two quick points in the dying seconds to tie the match at 32-32. The Bravest Moment of the match came from the Puneri Paltan defence in the last seconds as they stopped Desai from crossing the white line and tackled him.

Puneri Paltan will take on Haryana Steelers whereas Tamil Thaliavas will take on UP Yoddhas in tomorrow’s matches.