Time For Pune, Chennaiyin To Bite The Bullet

Pune, November 5:  For many, the struggles of FC Pune City and Chennaiyin FC will be hard to digest. Last season, the teams were blazing away and qualified for the play-offs. Chennaiyin FC went on to win the Hero Indian Super League title, and now both of them find themselves at the foot of the table. 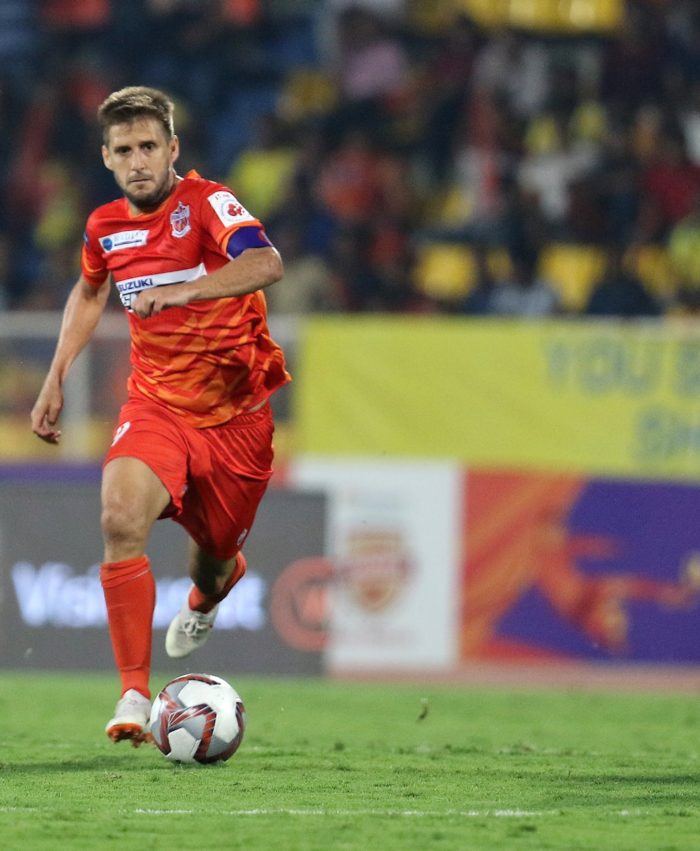 Time is running out for both the teams, and as they face each other in a crucial battle at the Shree Shiv Chhatrapati Sports Complex Stadium, Pune, on Tuesday, it will be survival of the fiercest.
“Nobody would have thought that two of last year’s semifinalists would be sitting in this position when we are coming close to about one-third of the season. We find ourselves in a position that we don’t want to be in and it’s our responsibility to dig ourselves out of the hole we’re in,” said interim coach Pradyum Reddy.
Reddy took over from the sacked Miguel Angel Portugal and has been trying to get the team back on track. His first attempt was a disaster as they lost 2-4 against FC Goa but a draw against Kerala Blasters FC suggested his team could turn things around.
He now has a battle on his hand. Brazilian striker Diego Carlos has been handed an additional suspension of two matches for his red-card offence against FC Goa, while Marko Stankovic, who scored a blinder last week, could miss out due to an injury he picked up during the match.

The onus will once again be on Emiliano Alfaro, who now has the dubious record of missing two penalties in as many games, and Marcelinho to find their form in front of goal.
John Gregory’s Chennaiyin FC are placed 10th after being subpar in both attack and defence. In fact, alongside Pune, they have the worst defensive record in the league with 11 goals conceded.
“We have had an embarrassing season so far, with just one point in six games. Talking here won’t make any difference, we need to do the talking on the field. Tomorrow night I will be choosing players who have the hunger, and desire to get all three points,” said Gregory.
One can expect Gregory to make changes and hand game-time to players who haven’t been tested before.
Gregory Nelson could find himself back in the starting line-up after two commendable performances as a substitute. Karanjit Singh could see his position in the line-up being taken away by Sanjiban Ghosh as the goalkeeper too has been out of form.
Who shall come out on top in a battle of teams who are struggling for form? Will Reddy mastermind his team to a win before the club appoints Portugal’s permanent replacement or are Chennaiyin FC only going to regress further and be mired in mediocrity.
Tags: CFCChennaiyinChennaiyin FCChennnaiFC Pune CityfcpcHero ISLindian super leagueISLPunePune City
0Likes
Leave a comment