Redemption For Mumbai As Delhi Get Left Behind

Redemption For Mumbai As Delhi Get Left Behind

Arnold Issoko of Mumbai City FC celebrates the goal during match 20 of the Hero Indian Super League 2018 ( ISL ) between Mumbai City FC and Delhi Dynamos FC held at The Mumbai Football Arena in Mumbai, India on the 27th October 2018 Photo by: Faheem Hussain /SPORTZPICS for ISL

11
SHARES
93
VIEWS
Share on FacebookShare on Twitter
Mumbai, October 27: Mumbai City FC blanked a profligate Delhi Dynamos FC 2-0 in a Hero Indian Super League 2018 encounter at the Mumbai Football Arena here on Saturday.
Jorge Costa’s side had goals in either half from Moudou Sougou (30’) and Arnold Issoko (77’) to thank as they bounced back from their 5-0 drubbing at Goa in style. The three points took the Islanders to the fifth spot on the table while Delhi remain at the eighth position.
It were Delhi Dynamos who began the match brightly, fashioning a couple of good opportunities in the first 15 minutes. Romeo Fernandes blazed a volley over after a Lallianzuala Chhangte cross was deflected towards him before Andrija Kaludjerovic forced a save from Mumbai City custodian Ravi Kumar.
It seemed Gombau’s men would break the deadlock but it were the hosts who took the lead around the hour mark from a long cross-field ball from Rafael Bastos. The industrious Arnold Issoko got at the end of the ball, before sending in a low cross for Sougou. The striker held off Rana Gharami and turned the ball home. 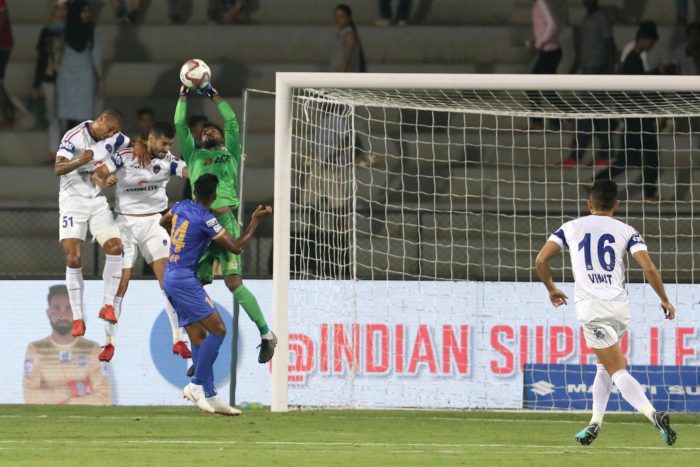 The Islanders, with their tails up, started to impose themselves and should have doubled the lead when Sougou saw a shot palmed away by goalkeeper Francisco Dorronsoro.
Mumbai, who ended the first-half well, started strong after the break as well and were awarded a penalty within five minutes.
The impressive Issoko was adjudged to have been brought down by Gharami inside the box by the referee. However, Bastos sent the spot-kick wide of the target, despite the goalkeeper diving the wrong way.
Desperate for an equaliser, Delhi Dynamos were left to rue their poor finishing as Kaludjerovic wasted two good chances in just a minute. First, he shot wide after Chhangte picked him out with a good cross before seeing a shot from a tight angle bounce back off the crossbar.
A few minutes later, Chhangte saw a shot tipped over the bar by Ravi Kumar as frustration mounted for the visitors. 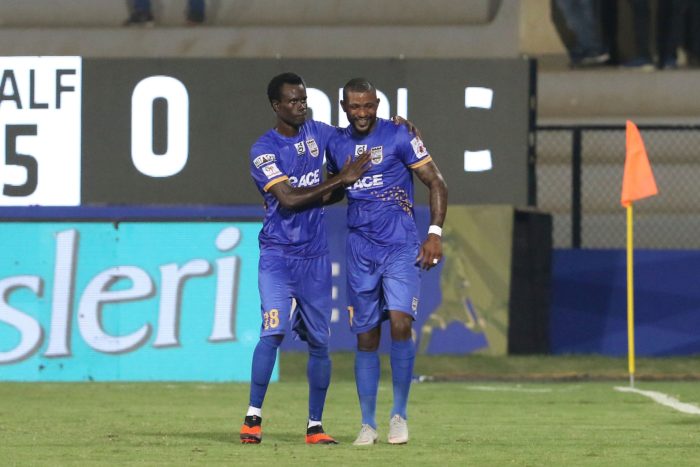 They were made to pay for those misses in the 77th minute by a swift counter-attack from Mumbai City. Bastos sent Issoko clear through on goal and all he had to do was evade a charging Dorronsoro and roll the ball in to make it 2-0. 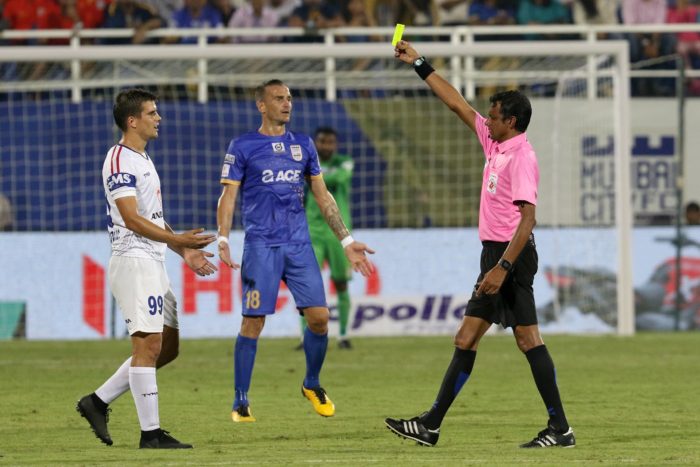 Mumbai City saw off Dynamos’ concerted efforts to engineer an unlikely comeback with relative ease, leaving Delhi to search for their first win of the season.
Share11TweetShare