Odell Beckham Jr. has agreed to a five-year extension with the New York Giants that makes him the highest-paid wide receiver in American football. 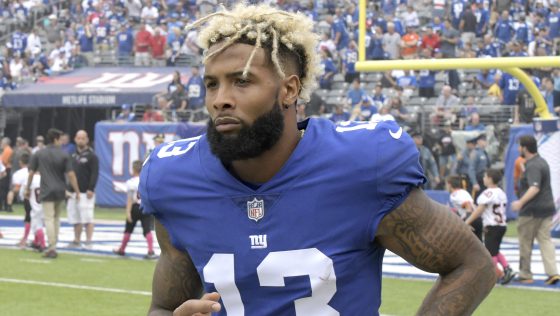 The New York Giants signed Beckham to a five-year, $95 million contract extension deal. He receives the highest ever fully guaranteed amount for a receiver at $41 million with $65 million in total guarantees. The extension also averages $20 million over the first three years.

“It was just a time of patience and waiting and I knew that it would get done, it just was a matter of when and I’m just so happy that it is finally done now,” Beckham said according to the NFL team’s website.

Beckham was set to make $8.4 million on the fifth-year option of his rookie contract. The agreement reworks Beckham’s 2018 contract into a $1.459 million salary with a $20 million signing bonus. The Giants will save $3 million against the cap.

Beckham has been seeking a contract extension for the better part of the past two years, and he was optimistic in recent weeks that a deal would work itself out. He is now under contract through 2023.