16
SHARES
40
VIEWS
Share on FacebookShare on Twitter
Chennai, November 3: Chennaiyin FC’s nightmarish start to their Hero Indian Super League (ISL) title-defence continued as Mumbai City FC inflicted a 1-0 defeat at the Jawaharlal Nehru stadium here on Saturday.
Modou Sougou’s third ISL goal of the season (20’) was enough for the Islanders as Chennaiyin slumped to their fifth defeat in six games. Mumbai City, meanwhile, have moved up to the fifth spot with 10 points from six games.
The home team, chasing a much-needed result, started the game brightly. But they could not fashion any noteworthy opportunity in the initial exchanges. Mumbai City also looked out-of-ideas whenever they ventured forth until the 20th minute as the home team’s troubles at the back continued.
Good work from a persistent Rafael Bastos was rewarded when he slid in Sougou through on goal. The striker scuffed his initial shot which was parried back to him by goalkeeper Karanjit Singh in Chennaiyin goal. The Senegalese reacted well and turned the loose ball home. 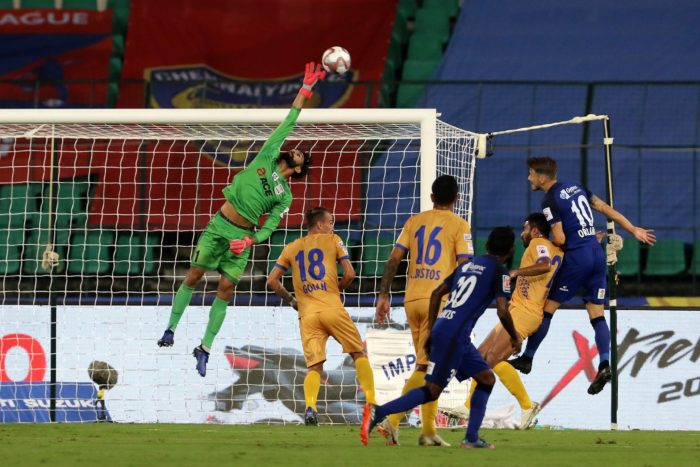 There was renewed vigour from the home team as they searched for an equaliser. However, the likes of Raphael Augusto and Carlos Salom just could not make an impact in the final third.
Mumbai City also looked comfortable dealing with whatever Chennaiyin threw at them as the home team failed to register even a single shot on target in the first half.
Jorge Costa’s side should have scored the insurance goal early in the second half when Arnold Issoko broke forward before squaring a pass for Sougou whose first touch let him down. 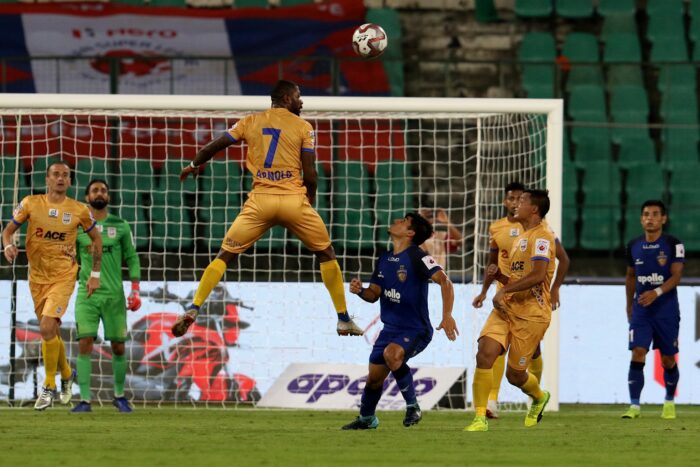 John Gregory responded by sending on Gregory Nelson who infused some much-needed energy into their attacks. Around the hour mark, Augusto did well to reach the byline and find Salom with a cut-back. His shot deflected off a defender and came crashing back of the post. But Thoi Singh slammed the rebound against Mumbai custodian Amrinder Singh, much to the disbelief of the home crowd.
Nelson, showing some guile, outfoxed a couple of Mumbai defenders before setting Germanpreet Singh up inside the penalty box but the midfielder’s shot was blocked as another chance went begging for Chennaiyin FC.
Despite concerted effort to score an equaliser, the home team’s lack of cutting edge up front ensured Mumbai City would go home with all three points while Chennaiyin are left seeking their first win.
Share16TweetShare