ByEditor May 16, 2019
0Comments Share PostShare on FacebookShare on TwitterShare by EmailSend Link 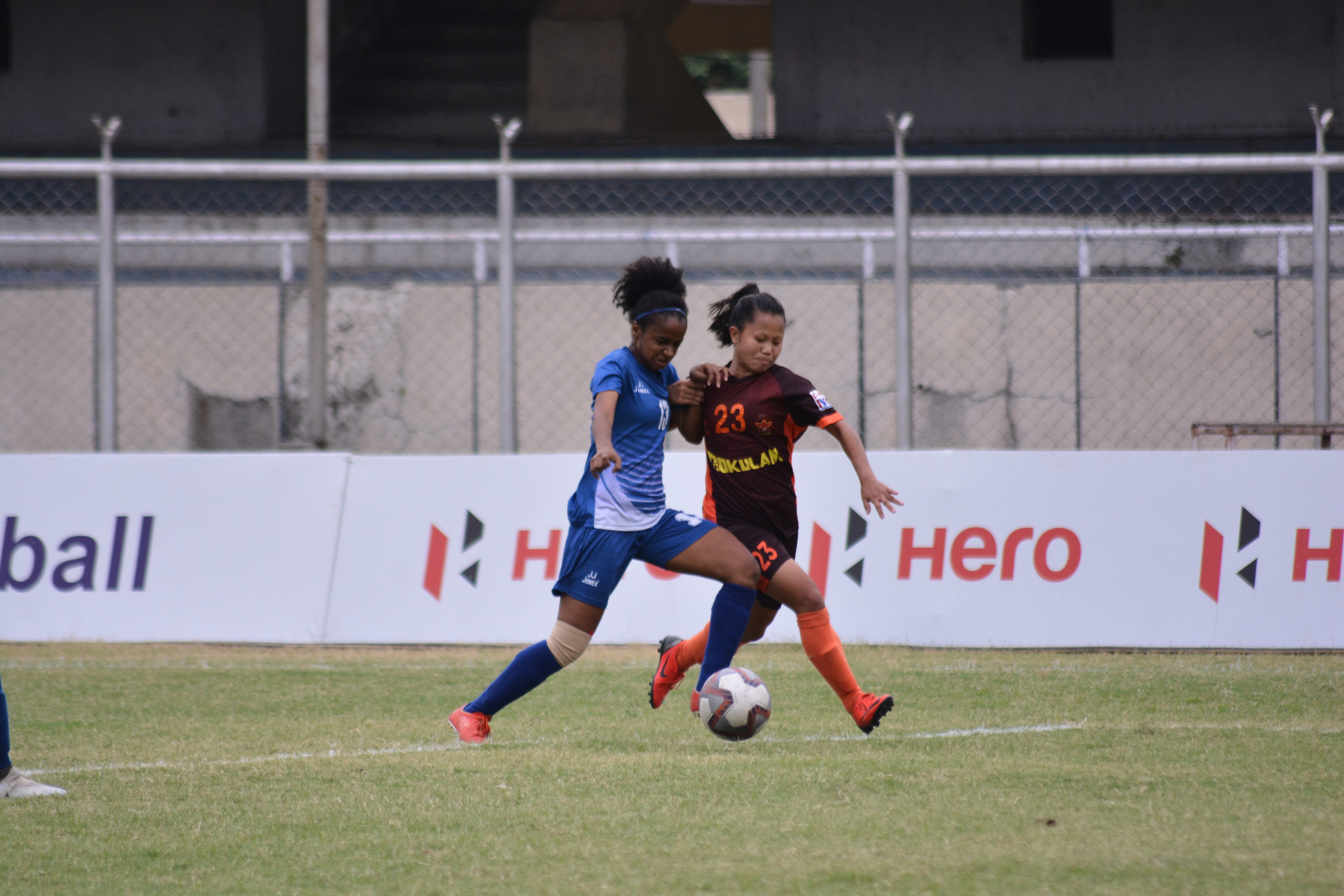 LUDHIANA, 15th May 2019: Gokulam Kerala FC finished their Group I campaign with a perfect record as they beat Hans Football Club from Delhi by a convincing 3-1 margin at the Guru Nanak Stadium in Ludhiana on Wednesday.

Gokulam, who have already secured a spot in the semifinals, took the early initiative, as their forward Anju Tamang put them in the lead on the 10th minute. However, Hans took just a little over 10 minutes to get back on level terms, when Anushka Samuel converted a chance.

The side from Kerala dominated play for most of the first half, and eventually regained their lead, when Ranjana Chanu scored an absolute blinder of a goal. Being played into some space on the right, she took a touch and curled a left footer above and around Hans keeper Vanshika Rana.

Gokulam carried on much in the same vein in the second half as well, with captain Dalima Chhibber dominating in the middle of the park, while teenage sensation Manisha led the line for the Kerala side.

Eventually, Gokulam captain Dalima Chhibber extended their lead a little after the hour mark, when she the ball was crossed in from the left and she tapped it into the goal from inside the box.

Hans had the chance to halve the lead mid-way through the second half, when Anushka was played through on goal as she beat the Gokulam offside trap. She only had goalkeeper Linthoi to beat, but the latter made a fine save to keep Gokulam’s two-goal cushion.

With this result, Gokulam finish the group with five wins out of as many matches, having scored a total of 16 and conceded just one.