It’s Time To Look Forward To The Under-19 Championships: Bibiano

KUALA LUMPUR (MALAYSIA), 2nd October 2018 : Tears rolled as the U-16 boys cried their hearts out. Moments after the final whistle it was hard to control the emotions and one had to rush to console to the boys, lend them the shoulder to cry on.

Hearts had been won by then with the fighting display. It was so near yet to so far — the boys knew it, so did the support staff. A proud Bibiano Fernandes, the man who has nurtured these young hearts from Day one, calm as ever, maintained: “The world hasn’t ended for us.”

“We go back and begin again. The U-16 Championship is over and it is time to look forward to the U-19 Championships. This was an experience and we go back enriched,” he stated. 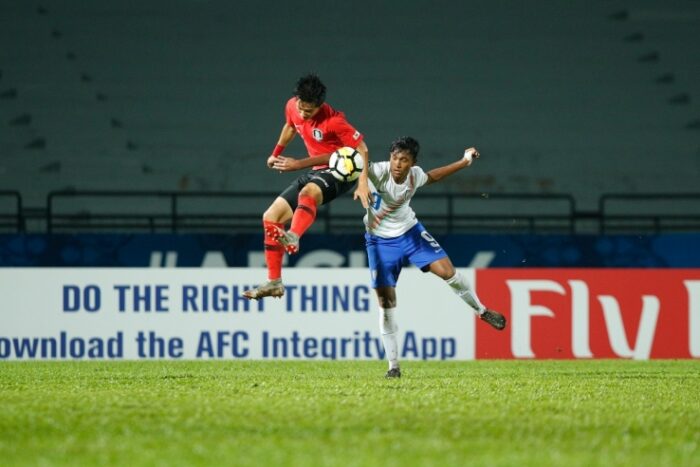 “The boys gave their hundred percent in the match. I am extremely proud of their performance. We have showed the world what India are capable of. We pipped Iran in our group and finished ahead of them to qualify for the quarter-finals. The match against Korea proved that it wasn’t a fluke,” Bibiano added.

The morning after, Bibiano’s phone has been flooded with messages, including one from National Team Captain Sunil Chhetri. “Yes, he messaged me last night after the match,” the Coach smiled. “His support means a lot to us, specially the boys. They look up to him and when he has said that he is ‘the biggest fan,’ it’s their biggest inspiration. A big thank you to him from all of us.”

The Indians conceded just one goal in the 4 matches in the competition and it was conceded after 336 minutes of open play.

“We know how strong a team Korea Republic were and we knew what they can do to us. We played our high pressing game with compact defending, but it was one moment where we fell complacent and Korea scored,” he uttered.

“But I am very proud of the boys,” he reiterated “This team has the potential to go a long way and it is evident with the results that the team has delivered. It is never easy to play Korea Republic nor Iran, but this team showed that not only we can give the likes a hard time but aim for a win,” he quipped.