Could Have Won By A Fancier Scoreline Against Vietnam: Bibiano

KUALA LUMPUR (MALAYSIA), 22nd September 2018 : After defeating Vietnam U16s 1-0 to kick-off their AFC U-16 Championship campaign, Head Coach of the Indian U-16 National Team Bibiano Fernandes stated that there is “still work to be done,” and the team could have won by a fancy scoreline in their first match. 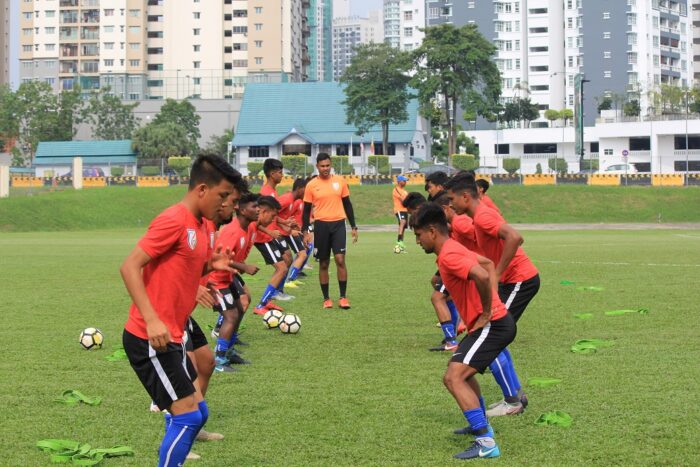 “We have toiled hard to get the result against Vietnam. It has been a long journey to build this team. Still there a few tweaks to be done and we should not be overconfident of ourselves in the attempt,” Bibiano said.

“We dominated the entire match and could have won by a fancier scoreline but we missed our chances in front of the net. That is something we will focus upon and try to increase our conversion rate.”

“The credit goes to the players for attacking incessantly and finding the win,” he added.

The Indian U-16s had as many as four clear goal scoring chances and it almost felt the Colts would score whenever the ball reached the final third. In the 83rd minute, skipper Vikram Singh’s run awarded India a penalty which was converted to hand India a vital three points.

“We came here to get a win and we got the win. That is what matters. I am happy with the team’s performance and this team has a lot of potential to go a long way. But we are taking one match at a time and will focus on our next opponents,” Bibiano informed.

Skipper Vikram Singh said: “We have full confidence in our abilities as a team. We did miss chances but eventually we got the job done and that is of great importance – to get a win in our first match itself.”

Meanwhile defender Shabas Ahaamed stated: “We had to toil the entire match and Vietnam were quick on counter-attacks. We had to defend with extreme poise and played compact to nullify the threat.”

With this win the Indian U-16 National Team are ranked second in Group C behind leaders Indonesia and face Iran next on September 24, 2018.