Coimbatore, October 25, 2018 : The 2018-19 season of the Hero I-League gets underway on  Friday, 26thOctober, 2018, with homeside Chennai City FC (CCFC) coming up against the All India Football Federation (AIFF)’s development side Indian Arrows in the first game at the Jawahar Lal Nehru Stadium in Coimbatore. The match kicks off at 5 PM IST and will be broadcast live on the Star Sports 3, their digital platform Hot Star  and Jio TV.

The Indian Arrows and Chennai City FC have faced each other twice thus far in a brief history last season and the young Arrows side have remain undefeated so far. In fact, back in November last year,  the Arrows stunned Chennai City FC 3-0 and secured a draw in the reverse leg in January this year. Shepherd by Flyod Pinto these days, the Amarjeet Singh Kiyam led side would certainly be looking for similar positive results against their hosts on Friday. 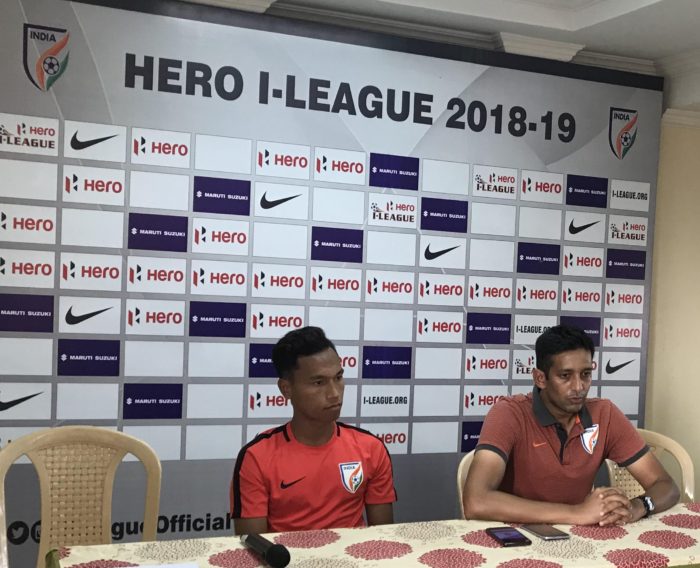 Chennai City FC made their Hero I-League debut in the tenth edition of the Hero I-League. Their performance in the debut season was not much to write home about and in the last edition they failed to secure a place among the top four. However with a new coach in Singaporean Akbar Nawas at the helm this season and with some strong foreign signings, they will certainly look for a top table finish.

Captain Regin Michael, who will lead the side from the centre of midfield sounded positive in a pre-match chat,  saying, “ First of all as a local boy I am honoured to captain the side. Our coach is very good and I have never experienced such a talented coach in my career. We are learning new things from him every day and he treats all players equally. I hope we can play better football this season.” Commenting on his Friday opponents, Regin said, “ I think they are a tough side. Most of them have played for the junior India national teams and their fitness levels are too good because they are youngsters. So we will try and find their weakness and try and attack.” The captain marked out Kabir, Vijay and Pravitto as players to watch out for.

The Coach Akbar however, sounded a word of caution saying, “We played two pre-season games and as such it is not sufficient to enter a league with only two training games. But it is what it is on that notion. As for the team, we have much to improve and it takes time to play the way we want to play so lets see what happens on Friday. “ Commenting on Indian football in general Akbar, who has coached in places like Philippines besides Singapore, sounded quite positive saying, “Indian football is right up there and has improved tremendously I must say.”

On the other hand, the team of youth, Indian Arrows, made their first appearance in the I-League last season.Indian Arrows are made up of the stars who featured at the FIFA U-17 World Cup hosted by India last year. The Hero I-League was an opportunity to test the youngsters, the future of Indian football, against  senior professionals at the highest level and get crucial minutes under their belts, and how they have sailed through with flying colours, notching up as many as four wins in a memorable debut campaign. Players like Amarjeet, Abhijit Sarkar and the goalkeeper Prabhsukan Gill would be looking to impress National Coach Stephen Constantine’s scouts as the National side builds up to the AFC Asian Cup campaign.

The team’s talisman Jeakson Singh, who is the only Indian to score in a FIFA Word Cup, did not want to dwelve on past when reminded of their record against Chennai but oozed confidence saying, “ The past is past and it is gone. This is a new team for them and they are a strong team, but we are only going there to win and that is our only focus.”

Coach Pinto, who has given a good account of himself after taking over from Portuguese Luis Norton de Matos,  said, “ It is obviously good to remember that we never lost to Chennai City last season but the flip side is that the team is different now and it will be interesting to see how they fare with new players and a new attack. We are also not shying away and will go every extra mile needed to better ourselves.”

Friday’s game will be the first of a total of 110 matches scheduled in the 12th Hero I-League edition, featuring a total of 11 teams representing 10 states across the country.