Bengaluru, September 21, 2018: Bengaluru golfers continued their dominance of the 10thSara Futura Karnataka Golf Festival (KGF), grabbing nine of the 10 winners spots after two days of competitive and exciting golf at the Karnataka Golf Association (KGA) course, as South India’s largest amateur golf championship braced itself for a star-studded weekend. Besides professional women golfers Neha Tripathi and Anisha Padukone, who would be conducting golf clinics for beginners, present and former India cricketers like Karun Nair, Ajit Agarkar and Subramaniam Badrinath among others are also scheduled to tee off at the KGA over the weekend. 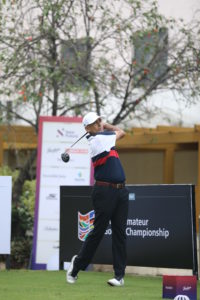 The tournament is also serving as the Official Qualifiers for the World Amateur Golfers Championship (WAGC), the world’s largest amateur championship, scheduled in Johor, Malaysia, in end October. The five best scores from each of the handicap categories over four days will make it to Malaysia to represent India, where teams from more than 35 countries are expected to participate. 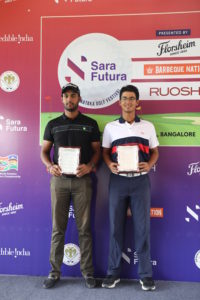 Among the stars in action over the weekend, while Karun Nair, Ajit Agarkar and sports commentator Charu Sharma are registered to tee-off on Saturday, Badrinath, Venkatapathy Raju, Akul Balaji and Sujith Somasundar will be playing their rounds on Sunday. Neha and Anisha will also be at the KGA on Saturday. Former sprint queen, Ashwini Nachappa was among those who played on the opening day. 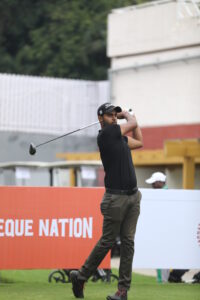