“The BFC Medical Team have shared the MRI reports and medical assessments and we have scrutinised them thoroughly. Sunil needs rest of around two weeks and proper rehabilitation after which he can get back to training,” Gigy said. 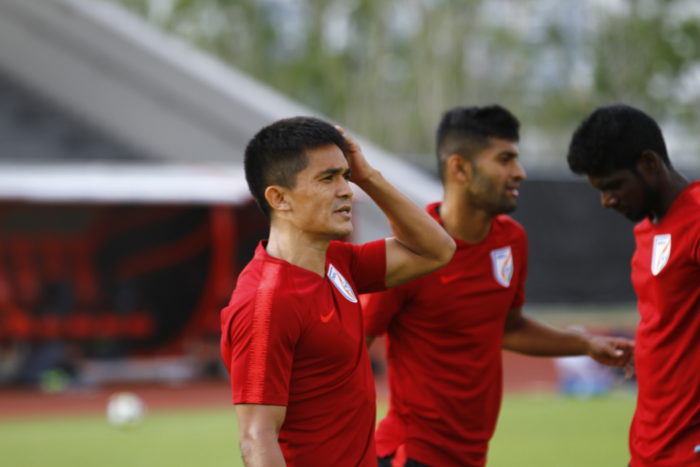 Shervin Sheriff, Doctor, Indian National Team added: “He can’t travel with this injury as it’s a weight-bearing joint. He needs to have proper rest along with the rehab programme for a speedy recovery. We are closely monitoring the situation and following it up with the club medical team and Sunil himself.”

The match against Jordan is slated to be played at the King Abdullah II Stadium in Amman on November 17, 2018 and the Indian squad will be leaving the Indian shores on the 15th.

India have been clubbed with hosts UAE, Thailand and Bahrain in the AFC Asian Cup UAE 2019 and play their first match against Thailand in the Continental Championship on January 6, 2019.